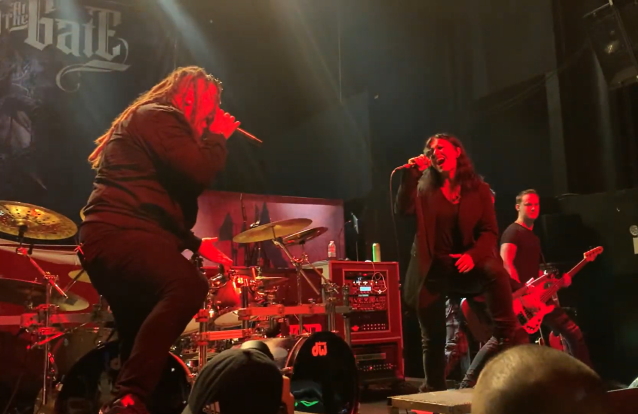 LACUNA COIL's Cristina Scabbia joined LIONS AT GATE on stage this past Saturday (September 17) at the The Gramercy Theatre in New York City to perform the song "Find My Way". Fan-filmed video of her appearance can be seen below.

LIONS AT GATE is the support act for LACUNA COIL's summer/fall 2022 U.S. tour which kicked off on September 8 in Harrisburg, Pennsylvania.

This past April, LIONS AT THE GATE released the official music video for "Find My Way", featuring Tatiana Shmayluk of JINJER.

LIONS AT THE GATE issued its debut single, "Not Even Human", back in June 2021.

"Find My Way", along with previously released singles "Bed Of Nails", "Scapegoat" and "Not Even Human", are expected to appear on LIONS AT THE GATE's upcoming debut album, which was produced by Kile Odell, who has previously worked with FOZZY and MOTIONLESS IN WHITE.

A huge thank you to Cristina Scabbia from Lacuna Coil for joining us on stage last night to help out with “Find My Way”! 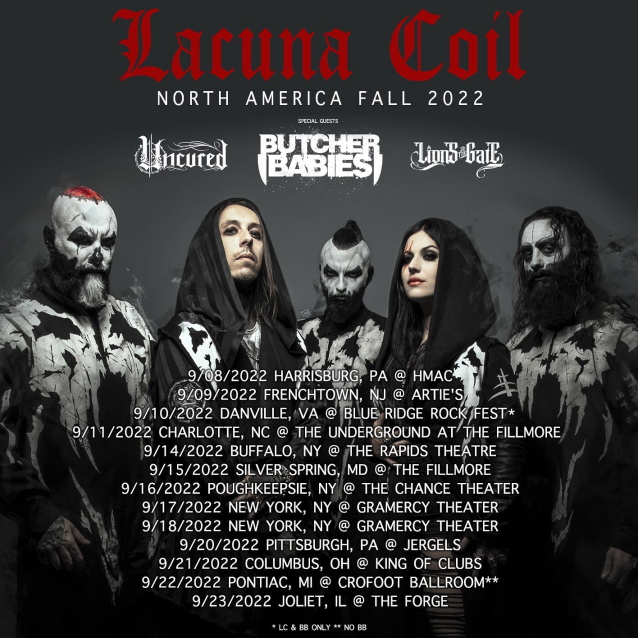