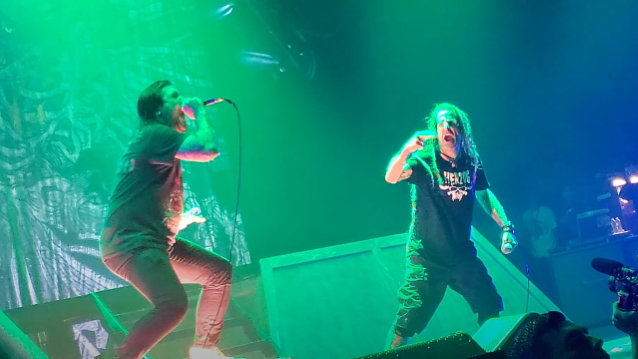 Watch: LAMB OF GOD Joined By FIT FOR AN AUTOPSY's JOE BADOLATO For 'Laid To Rest' Performance In Texas

Joe Badolato, vocalist for New Jersey deathcore outfit FIT FOR AN AUTOPSY, joined LAMB OF GOD on stage this past Thursday night (October 20) at The Pavilion at Toyota Music Factory in Irving, Texas to perform the song "Laid To Rest". Fan-filmed video of his appearance can be seen below.

Irving was the final show of LAMB OF GOD's summer/fall 2022 North American tour, which kicked off on September 9 in Brooklyn, New York. FIT FOR AN AUTOPSY provided support on the trek, which also featured KILLSWITCH ENGAGE, for the last three weeks of the run.

This past April, Badolato filled in for Blythe at LAMB OF GOD's concert in Green Bay, Wisconsin after Randy tested positive for COVID-19, the disease caused by the SARS-CoV-2 coronavirus.

Blythe spoke about what he believes makes a good frontman during a recent appearance on a recent episode of "Stoke The Fire", the alternative lifestyle and culture podcast hosted by musician Jesse Leach (KILLSWITCH ENGAGE) and DJ/presenter Matt Stocks ("Life In The Stocks"). "There are guys in their closet with their YouTube rig or in their garage who can outsing either fucking one of us," Randy said, addressing Leach. "There is no doubt about it, man. They have more talent, natural talent, in their little pinky than either of us. But the difference is… I think one of the main requirements to be a frontman, a good frontman — actually, the only requirement, probably; I mean, you've gotta have some talent — is a willingness to get up in front of people and make an idiot out of yourself and be really bad for a while until you become good. And so these people with all this natural talent, it doesn't fucking matter unless you can get in front of people and do it, and you have to do it with a group of people; you have to feel that bond; you have to deliver."

LAMB OF GOD's latest album, "Omens", was released on October 7. LAMB OF GOD tracked the effort with longtime collaborator Josh Wilbur (KORN, MEGADETH) live in the room together at Henson Recording Studios (formerly A&M Studios) in Los Angeles, California, a location that birthed classics from THE DOORS, PINK FLOYD, RAMONES and SOUNDGARDEN, among others. 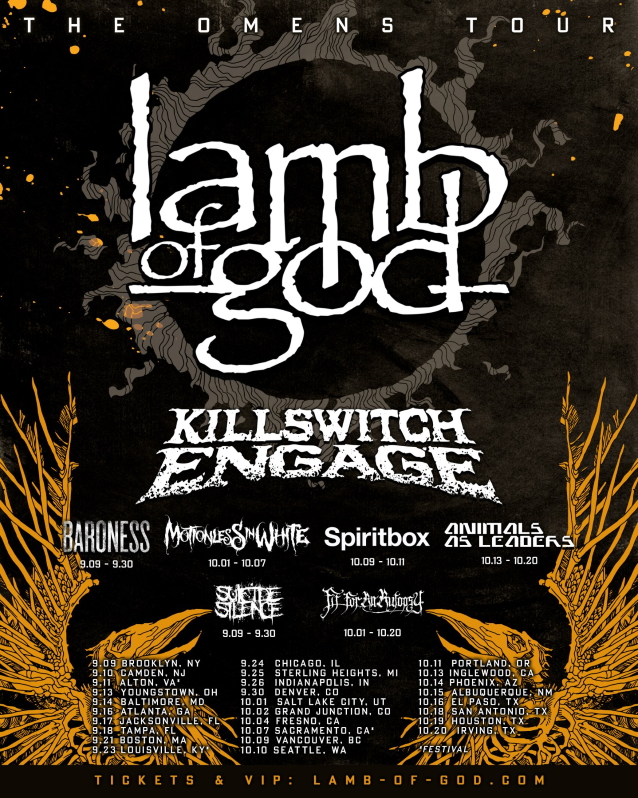