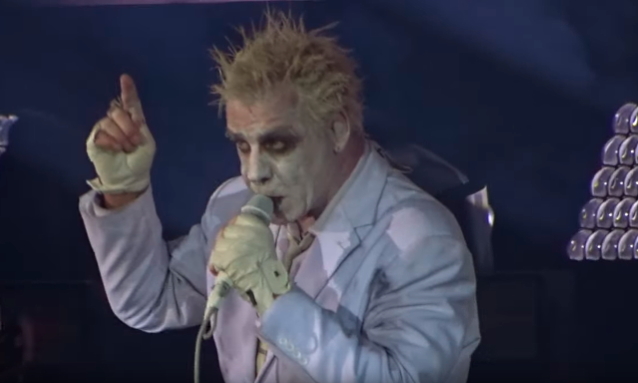 LINDEMANN, the project featuring vocalist Till Lindemann of German industrial metallers RAMMSTEIN and Swedish producer and multi-instrumentalist Peter Tägtgren (HYPOCRISY, PAIN),performed at VTB Arena in Moscow, Russia on March 15 as part of its European tour. Fan-filmed video footage of the concert can be seen below.

LINDEMANN's second album, "F & M", was released in November. The follow-up to 2015's "Skills In Pills" was once again produced and mixed by Tägtgren.

In this renewed collaboration, the duo took some unfamiliar and sometimes unexpected paths.

Tägtgren told Australia's Heavy about the making of "F & M": "It was hell. It is something that I would never do again, but it did end up being a pleasant experience in the end. You have to consider things from their point and not from your point, so it becomes a little tricky."

He continued: "To be honest, though, I had only heard 'Hänsel & Gretel' as a child so it was all banished from my brain. They would explain what they wanted, and we just write it — it is like a jukebox or whatever you want to call it. But when you write your other stuff (personal stuff),you are in a different mood; your brain is telling you what you are going to write… It is the same thing, in a way; it is just coming from different places. On the other hand, when we are writing for ourselves, Till might come up with a riff or he may come up with some vocals. It doesn't really matter where it comes from — if someone sends a request, you do this or that; it is always fun to have challenges that someone asks for. Then it becomes a matter of 'I am going to prove that I can.'"

Tägtgren said that there was no shortage of ideas for LINDEMANN's second album. "We are constantly writing," he explained. "The Internet is a really big help. Till will have an idea and send it to me on SMS or whatever, and I kind of trigger off that and start writing a song off that. Or sometimes it is the other way — I have an idea and send it to him and he triggers Till. Today that is easy. Then we catch up and do the vocals in my studio, so there was a few trips to do this album. He flies in from Berlin — that's like one hour on the plane and then two hours on the train — and he is at my place. There are always gaps here and there though… when you have to take a break to have a shower or brush your teeth… but we come back." 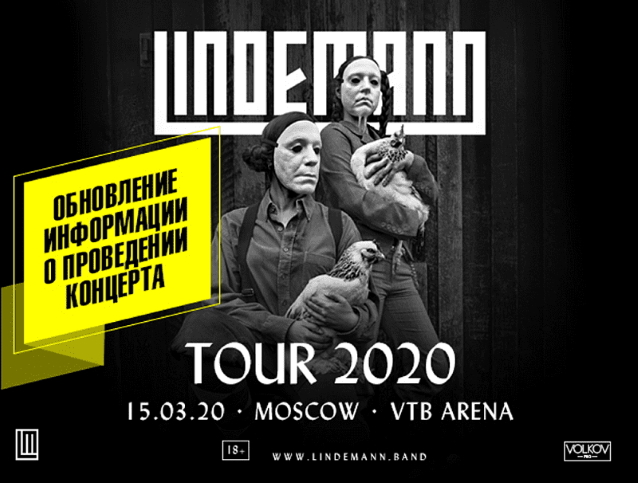