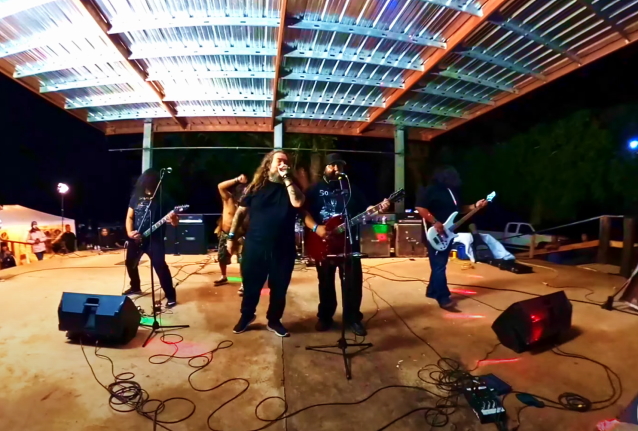 The Sheephead FilmsYouTube channel has uploaded video of Max Cavalera performing a couple of songs — including SEPULTURA's "Roots Bloody Roots" and SOULFLY's "Prophecy" — with the band PROPHECY on August 20 at the Rockin' Rally in Shonto, Arizona.

On Wednesday (August 24),Max and Igor announced the fall 2022 leg of the "Return Beneath Arise" U.S. tour. The trek will kick off on September 28 in Pomona, California and end on October 29 in Santa Ana, California. 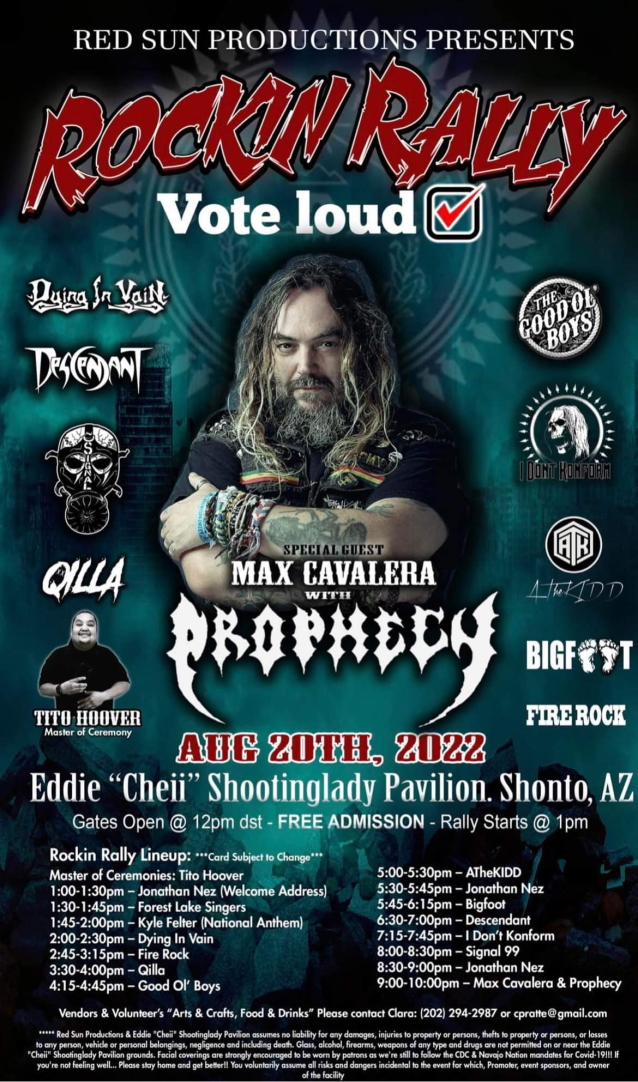