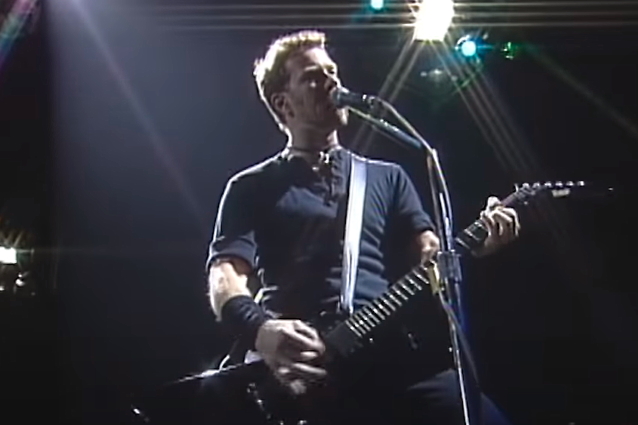 METALLICA has posted another video as part of its new concert series, "#MetallicaMondays", where the band is streaming a complete live show for fans on the group's YouTube channel and on Facebook every week. The latest concert to be shared was recorded on January 2, 1997 at the Delta Center in Salt Lake City, Utah. The audio includes two soundboard sources — the second, superior source doesn't kick in until two-thirds of the way through "Whiplash".