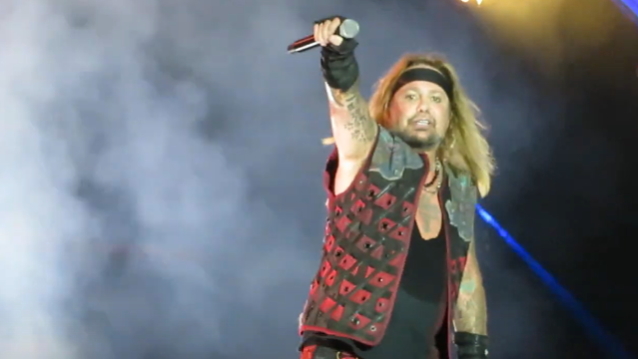 "The Stadium Tour", featuring MÖTLEY CRÜE, DEF LEPPARD, POISON and JOAN JETT & THE BLACKHEARTS, resumed this past Friday (August 5) with the first of two shows at Boston's legendary Fenway Park.

The concerts, originally scheduled for August 25-26, 2020, then rescheduled until July 17-18, 2021, before being delayed again, were finally held on Friday and Saturday.

Fan-filmed video of MÖTLEY CRÜE's performances at Fenway Park can be seen below.

According to Pollstar, "The Stadium Tour" moved 96% of the available tickets from concerts at 11 venues in U.S. cities to average 36,934 sold seats per show. The bands also earned "Heavy Hitter" status with a $4.94 million gross average, the highest of the week among the 75 ranked tours.