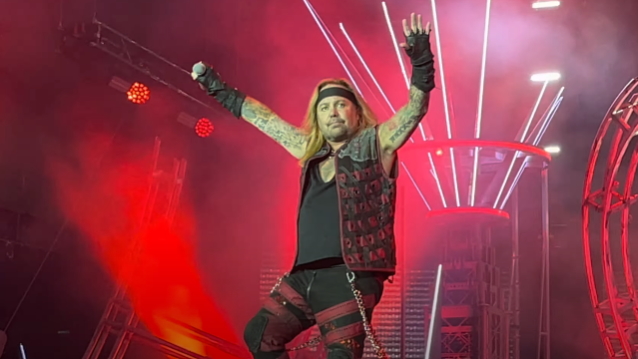 Fan-filmed video of MÖTLEY CRÜE's August 12 performance at PNC Park in Pittsburgh, Pennsylvania can be seen below.

Last week, "The Stadium Tour" landed at No. 4 on Pollstar's LIVE75 chart, which ranks worldwide active tours by the average tickets sold for reported shows taken place over the last 30 days.

According to Pollstar, "The Stadium Tour" moved 98.5% of the available tickets from concerts at 17 venues in North American cities to average 36,763 sold seats per show. The bands also earned a $4.88 million gross average.