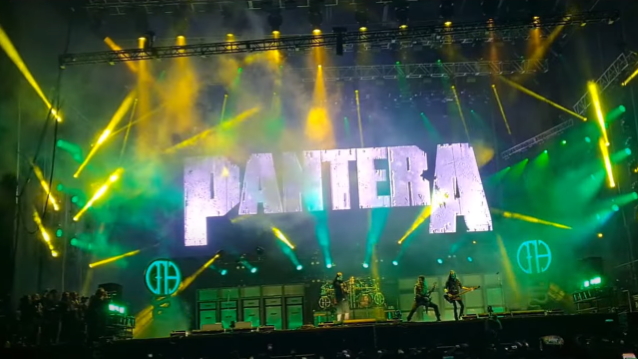 PANTERA will play one more show in Mexico this week —Monterrey Metal Fest on Tuesday (December 6) — followed by appearances at three Knotfest festivals in South America. There will also be a one-off show with JUDAS PRIEST in São Paulo, Brazil and a headlining concert in Santiago.

Regarding the criticism floating around social media about relaunching the PANTERA name more than two decades since the group played their last show, and all the chatter about it not being a true reunion without Vinnie and Dime, Benante told Metal Edge: "First off, it's not a reunion. It's a celebration of the music. If you saw the thing that went out, it was like, 'PANTERA featuring…' the four of us. Those two guys are a part of this and who else is there? Vinnie and Dime are not here, so, Philip and Rex, they were that band, too. [They] deserve to be there as much as anybody. I see the negative stuff sometimes, and I'm just like, ‘This is so ridiculous, man.' Just enjoy hearing those songs again."

Benante told SiriusXM's "Trunk Nation With Eddie Trunk" about how he planned to approach the PANTERA gig: "I can't go do this as the drummer from ANTHRAX because it would be a different sound completely. So the way I'm gonna do that is if you close your eyes, it's gonna sound like it's Vinnie, basically. And that's how it's gonna be. The sound is gonna sound exactly like him." 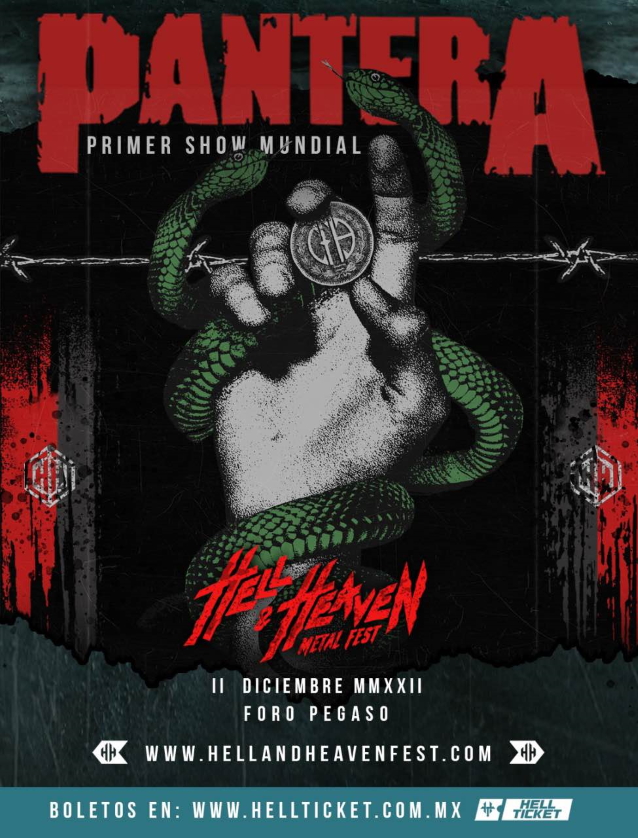