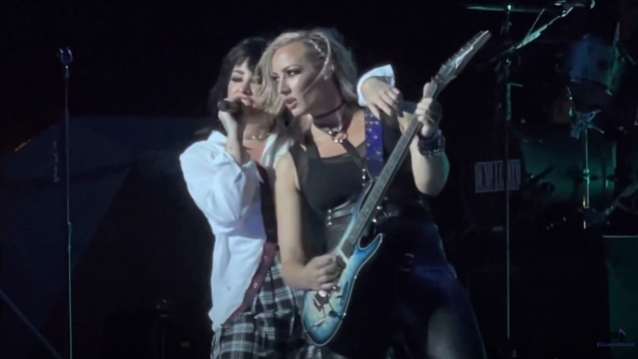 Former ALICE COOPER guitarist Nita Strauss played her first full live show with Demi Lovato last night (Saturday, August 13) at the Grandstand at the Illinois State Fair in Springfield, Illinois. Fan-filmed video of the concert can be seen below.

Shortly after the performance, Nita took to her Twitter to share a short clip of the gig and she wrote in an accompanying message: "Had a blast on opening night with @ddlovato !"

Lovato has just hit the road in support of her eighth studio album, "Holy Fvck", which will be released on August 19 via Island Records. The LP's first single, "Skin Of My Teeth", was made available in June.

Lovato recently announced a fall tour in support of "Holy Fvck" featuring special guests DEAD SARA and ROYAL & THE SERPENT. The trek will launch September 22 in Wheatland, California and through November 6 in Irving, Texas. Prior to that, Demi will make an appearance at the Iowa State Fair on August 14. She also has a seven-date South American tour scheduled for late August and early September. 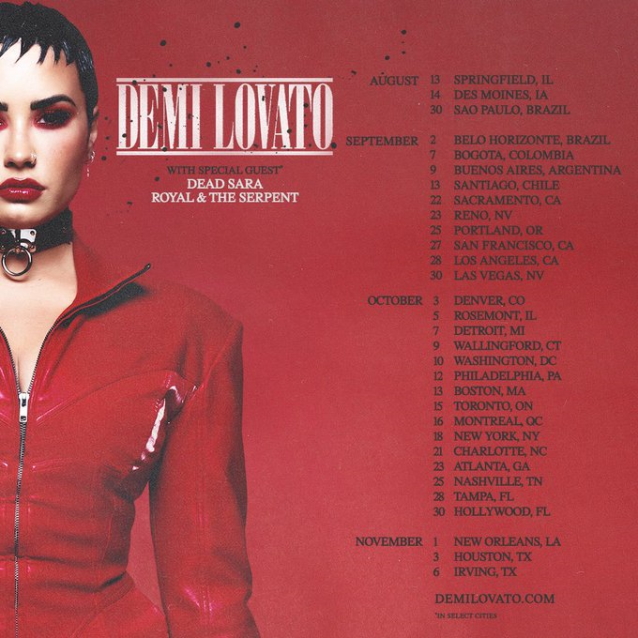