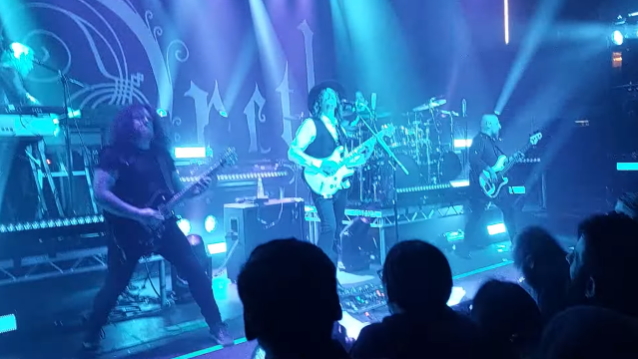 Swedish progressive metallers OPETH played their first concert with new drummer Waltteri Väyrynen (PARADISE LOST, BLOODBATH, BODOM AFTER MIDNIGHT) on September 14 at Helitehas in Tallinn, Estonia. Väyrynen replaced stand-in drummer Sami Karppinen who has been the temporary replacement for Martin "Axe" Axenrot since the fall of 2021. Fan-filmed video of the concert — courtesy of the YouTube channel Best Channel In The Universe — can be seen below.

When Waltteri's addition to OPETH was first announced on September 9, leader Mikael Åkerfeldt said in a statement: "We just had our first rehearsal with Walt yesterday and it went incredibly well! We were all very nervous beforehand, but Waltteri completely killed it! Pure delivery! We went through 16 songs (!) from start to finish and didn't have a single correctional comment. It's quite remarkable! I was astounded, and so were the rest of the band. He has everything, really. From the required laid-back sensitivity an OPETH drummer needs, via the classic rock, prog rock, metal grooves and onwards to downright mega-intricate technical virtuosity. On top of that, he knows the songs extremely well (already) both from the recorded versions as well as the sometimes modified live versions. We were hearing drum rolls and beats that we hadn't heard since the songs were recorded. The audience is certainly up for plenty of air-drum moments connected to their favourite OPETH songs. Walt has got it down, to put it mildly. On top of everything, Waltteri is an awesome bloke. Genuine. Super nice. Funny. And young! He was born the same year we recorded our debut album, 'Orchid'. Imagine that!"

Mikael added: "We very much look forward to going on the road together with him. Create new music together. Play all over the world. And to provide a musical future together with us. This is no small feat for a band 32 years of age. I'm very, very excited about him joining us, and I hope that our audience will embrace him with open arms.

"I'd also want to take this opportunity to thank Sami for saving our asses when we most needed saving. If it hadn't been for his efforts, friendship and care we'd probably been 'on ice' as we speak. We're furthermore happy to keep Sami as part of the OPETH family. His contribution to OPETH is beyond words, and he'll continue to help make our performances as good as possible. From the bottom of our hearts, thank you, Sami!"

Last month, one of Axenrot's BLOODBATH bandmates told BLABBERMOUTH.NET that the drummer's refusal to get vaccinated against COVID-19 led to his exit from OPETH, Axenrot is still a member of BLOODBATH but has not appeared in that band's recent promotional pictures and live shows.

BLOODBATH vocalist Nick Holmes (also of PARADISE LOST) said about Martin's status with the death metal supergroup: "He's still in the band as far as I'm aware. I haven't seen him for three years, maybe more. Waltteri's [Väyrynen, PARADISE LOST] been playing drums with BLOODBATH more than Axe has in the last couple of years."

When OPETH announced Axenrot's departure last November, Åkerfeldt said: "However sad it is to not have Axe in the band anymore, we're not in a position to linger on anything that is going to hold us back. We need to soldier on. 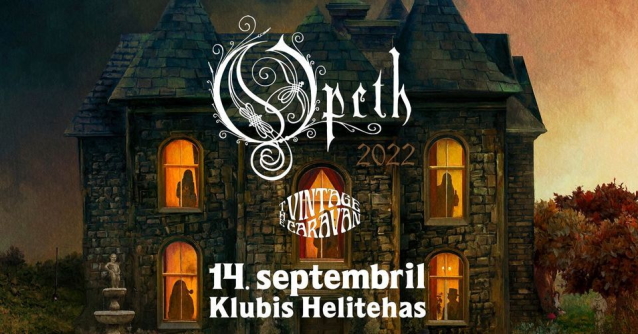