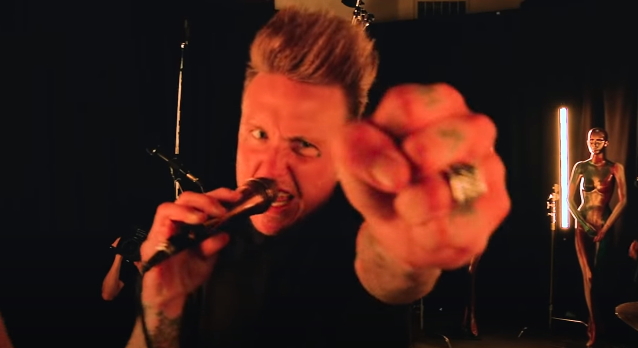 Video of California rockers PAPA ROACH performing the song "Last Resort" as part of their second live streaming experience iteration called "Infest In-Studio" can be seen below. The program was a special virtually ticketed, live HD broadcast, which took place June 20 from Sacramento, and it featured PAPA ROACH performing its multi-platinum, classic album "Infest", live in its entirety to celebrate the LP's 20th anniversary, along with exclusive discussions and reflections in a unique studio environment.

"We couldn't take not performing any longer," said frontman Jacoby Shaddix. "Having performed the 'Infest' album in full as a surprise one time before (during the band's sold-out 2015 gig at London's Roundhouse on the album's 15th anniversary),we decided to open this infestation to every living-room in the world to celebrate the 20th anniversary with us!"

"Infest In-Studio" was co-produced by Papa Roach Productions and 10th Street Entertainment and directed by Push. It is available for streaming exclusively via VierLive.com.

This past February, Shaddix said that plans were afoot for PAPA ROACH to mark the LP's two-decade milestone.

"We've done some really cool things in the studio around some of the previous recordings, and we have some awesome stuff to release here throughout the year, so we're going to celebrate this album for sure — one hundred percent, definitely," the singer said. 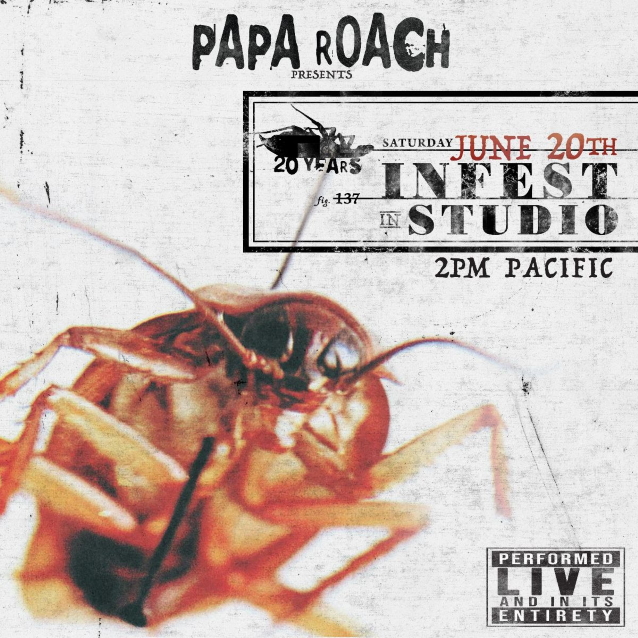