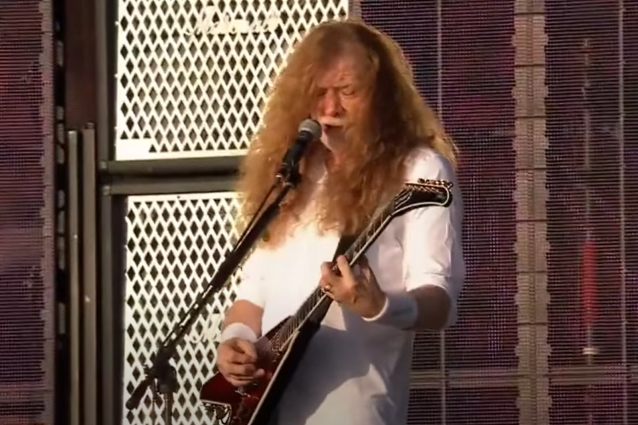 Professionally filmed video of MEGADETH's entire June 17 performance at the Graspop Metal Meeting festival in Dessel, Belgium can be seen below.

Late last month, MEGADETH announced bass player James LoMenzo as a permanent member of the band. LoMenzo was MEGADETH's bass player in the mid-2000s and recently stepped back in as a touring member for "The Metal Tour Of The Year". Lomenzo has now officially rejoined the MEGADETH family.

MEGADETH leader Dave Mustaine commented: "I am thrilled to welcome back James to the MEGADETH family. James rejoined the fold as the touring bassist and it's been a blast having him back. We thought let's make it permanent."

James added: "I'm so excited to rejoin MEGADETH and move forward full steam into the next phase of this iconic band's history! With Dave, Kiko [Loureiro, guitar] and Dirk [Verbeuren, drums], There's no stopping us! It just feels great to be home again."

MEGADETH's new album, "The Sick, The Dying, And The Dead", is tentatively due in September. The follow-up to "Dystopia" features a cover of DEAD KENNEDYS' "Police Truck" and Sammy Hagar's "This Planet's On Fire", the latter of which includes vocals from Hagar himself. 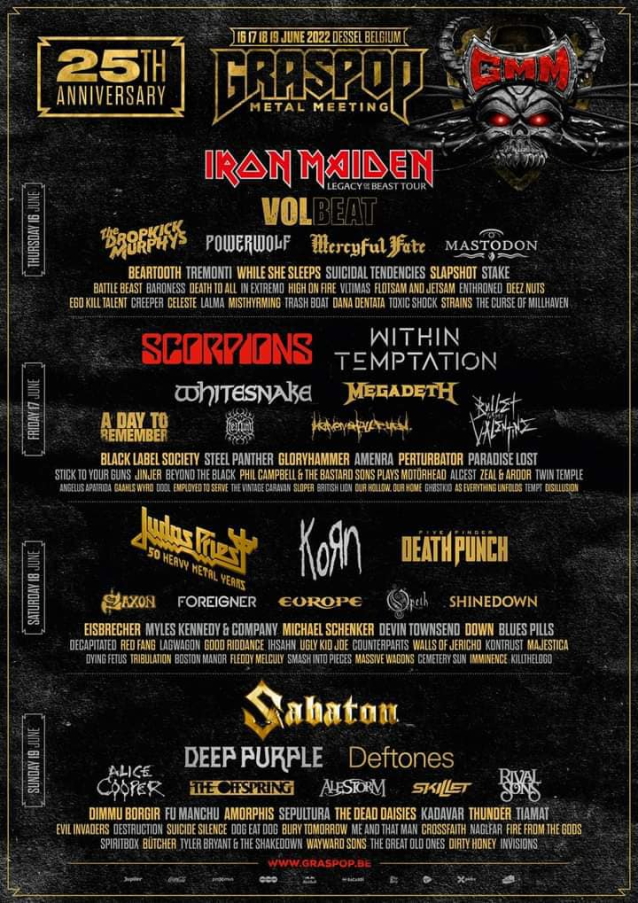