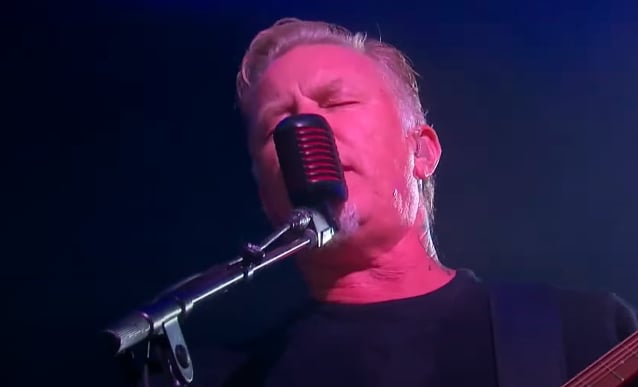 METALLICA has posted another video as part of its new concert series, "#MetallicaMondays", where the band is streaming a complete live show for fans on the group's YouTube channel and on Facebook every week. The fourth concert to be shared was recorded on August 12, 2017 at the Outside Lands festival at Golden Gate Park in San Francisco, California and can be seen below.

Last month, METALLICA announced that its South American tour, which was originally planned for April, has been postponed until December. In addition, the band's appearances at three Danny Wimmer Presents-produced festivals in May have been canceled: Epicenter in Charlotte, Welcome To Rockville in Daytona and Sonic Temple in Columbus.