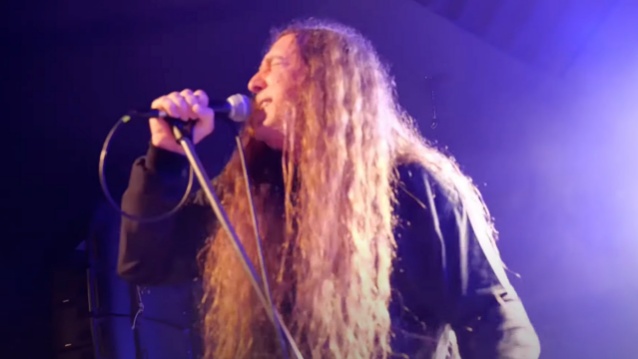 The Riff Crew has uploaded professionally filmed video footage of OBITUARY's January 18, 2020 concert at Max Watts in Melbourne, Australia. The band's set included a performance of the classic OBITUARY album "Cause Of Death" in its entirety.

"Cause Of Death" album

Last March, OBITUARY frontman John Tardy told France's United Rock Nations that the band has used some of the downtime during the coronavirus pandemic to work on material for a new studio album. "We've definitely been working on new tunes, and we've been taking our time," he said. "We didn't feel like releasing [a new album] now in the middle of the pandemic when you can't go on tour and support it is not what we wanted to do, so we're in no hurry. But by the time next year comes around, we're gonna be hitting the road again. We're getting tours set up, and we will be releasing another album next year before we hit the road and start touring again. So we are currently working on new material."

Last October, Decibel Books announced the publication of "Turned Inside Out: The Official Story Of Obituary", the fully authorized biography of OBITUARY.

David E. Gehlke — author of "Damn The Machine: The Story Of Noise Records" and "No Celebration: The Official Story Of Paradise Lost" — provides an unprecedented look at the death metal legends through all-new, in-depth interviews with bandmembers past and present, recording engineers, scene contemporaries and music industry veterans who've worked directly with the band throughout OBITUARY's nearly four-decade career.

Packed with hundreds of rare and never-before-seen photos, as well as a foreword from Max Cavalera (SOULFLY, SEPULTURA),the 328-page hardcover "Turned Inside Out: The Official Story Of Obituary" is exclusively available for pre-order now via decibelmagazine.com. Copies are expected to ship in late January. 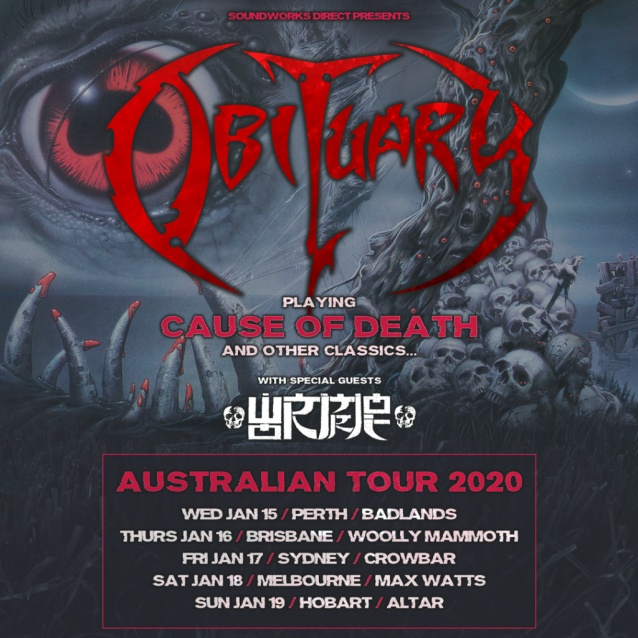