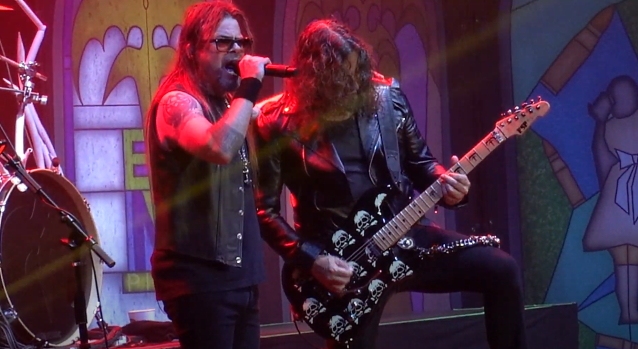 Fan-filmed video of QUEENSRŸCHE's March 20 concert at the H-E-B Center at Cedar Park in Cedar Park, Texas can be seen below (courtesy of YouTube channel DeadMike.com).

QUEENSRŸCHE's North American tour as the support act for JUDAS PRIEST kicked off on March 4 at Peoria Civic Center in Peoria, Illinois and will conclude on April 13 at FirstOntario Centre in Hamilton, Ontario, Canada.