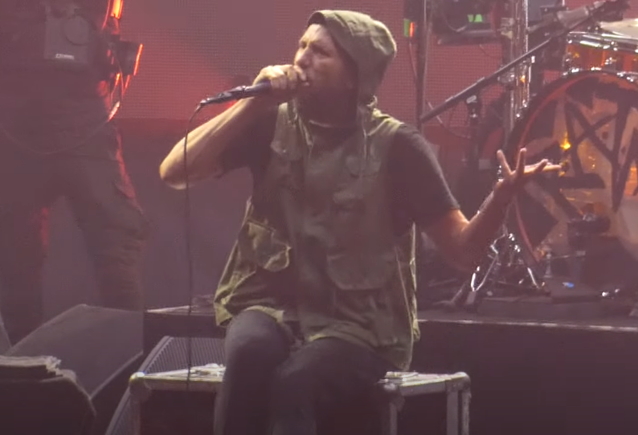 Singer Zack De La Rocha, who got hurt during a concert in Chicago on July 11, once again had to be carried on stage by two members of the crew and performed from a seated position for the entire set.

The band opened the show with "Bombtrack", a song from RAGE AGAINST THE MACHINE's classic 1992 debut album, and closed the set with "Killing In The Name". Other tracks performed during the concert included "Bulls On Parade", "Guerrilla Radio", "Sleep Now In The Fire", "Wake Up", "Testify" and a cover of Bruce Springsteen's "The Ghost Of Tom Joad".

The setlist for the August 8 gig was as follows:

De La Rocha reportedly injured his leg four songs into the band's set at the United Center on July 11, while Zack and his bandmates were performing "Bullet In The Head", a classic song from the group's 1992 self-titled debut album. 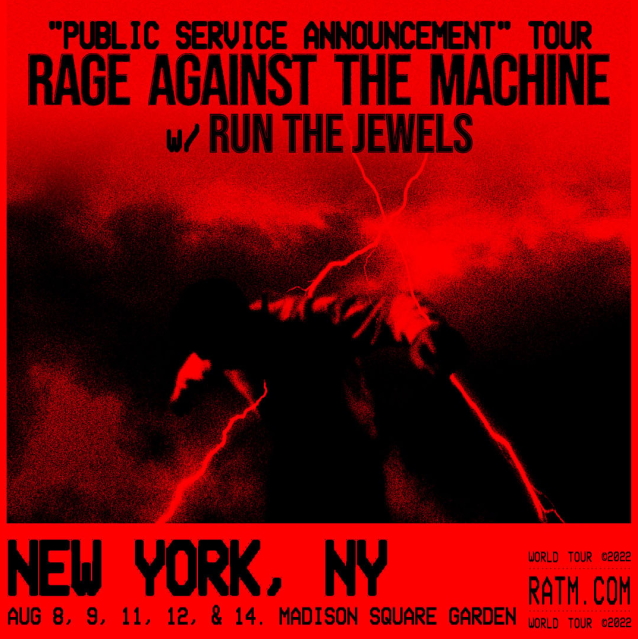