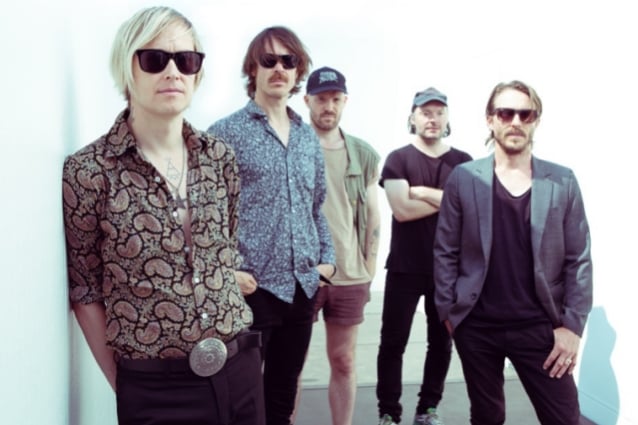 In the music video, directed by the band's own Kristofer Steen, Lyxzén dances his way towards revolution, battling neo-facists in a bright cabaret of clarity and full of panache.

"REV001" appears on REFUSED's upcoming album, "War Music", which will be released globally via Spinefarm/Search & Destroy on October 18.

The song's mix of power, message and outright danceability perfectly showcase REFUSED's talent for enlisting us all in the revolutionary cause — one spin at a time. Featuring Swedish singer/songwriter Mariam The Believer as guest vocalist, "REV001" is a catchy call to arms that promises to get the world moving in 2019.

REFUSED said: "In 1914, when the blinkered Kaiser kicked off that shitshow WWI, the subjects of the Austro Hungarian empire had no idea that the empire had effectively put a gun to its own head. The whole thing was gone in a couple of years. These things happen. 'Empires rise and empires fall.' Lots of blinkered Kaisers out there right now, eating their own, their right hands stealing from their left hands, the majority slaving away to make ends meet, infected with the venom of lack, the venom of need, excluded from social insurance, pitted against each other by ignorant ruthless infanticidal curb crawler tyrants, while an apathetic minority bathes in the eternal sunshine of a tilting climate, a doomsday clock wound up by the predatory capitalist insanity of this the most dysfunctional mammal, man.

"'REV001' is a protest song. A punk rock song. We like to think of it as incredibly violent pop music. Whatever you call it, we're hoping it'll get your blood boiling and that it'll make you wanna dance (like it does our fearless captain @dennislyxzen in the video),'cause what else can one do in these desperate times? Well, we at the bottom could arm ourselves and go for those at the top, while smashing a few banks on the way? We'll get there. Like we said, these things happen all the time.

"For now, we'll leave you with these words, from author Ursula K Leguin: 'We live in capitalism, its power seems inescapable — but then, so did the divine right of kings. Any human power can be resisted and changed by human beings.'

"'REV001' is blessed with the limitless talent of the inimitable Mariam The Believer @mariam_repeatuntildeath and the video was directed by our very own Kristofer Steen (Shot by Adam Nilsson and cut by Johan Söderberg).

Formed in Umeå, Sweden in 1991, hardcore-punk legends REFUSED are one of the most influential rock bands of the early '00s. Artists as diverse as LINKIN PARK, Frank Turner, Steve Aoki, Duff McKagan and PARAMORE have been heavily cited crediting the 1998 album "The Shape Of Punk To Come" as being a fundamental influence on their musical styles. That album has become a cultural touchstone for the entire post-hardcore generation as the origination of stylistic genre-bending — including electronics, jazz and slick production for the first time — tent-poled by politically progressive lyrical intent and further strengthened through use of album artwork and energetic live shows to spread their message.

After a 14-year pause, the band reunited in 2012 playing much anticipated shows like mainstream festival Coachella and were subsequently awarded the "Special Prize for Music Exports" by the Swedish Ministry of Trade in 2013. In 2015, they released their fourth studio album "Freedom", which was recorded with Nick Launay (NICK CAVE AND THE BAD SEEDS, KILLING JOKE),while also turning to Swedish pop/producer Shellback, whose credits include Taylor Swift and Britney Spears, for the lead single "Elektra". 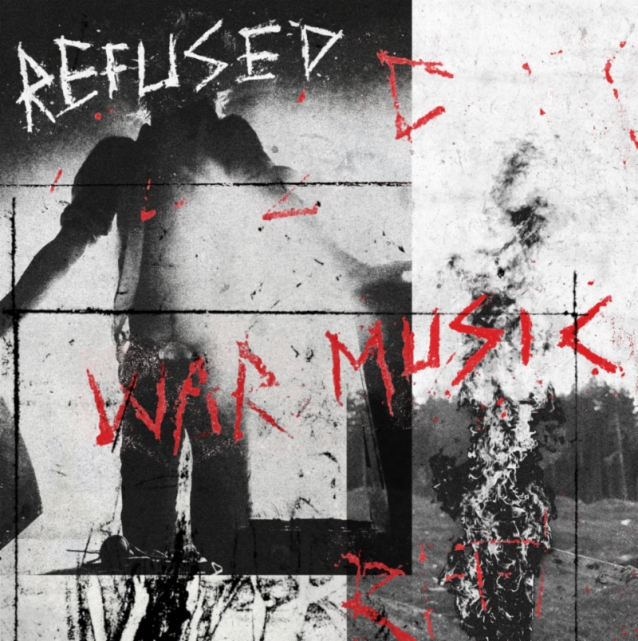