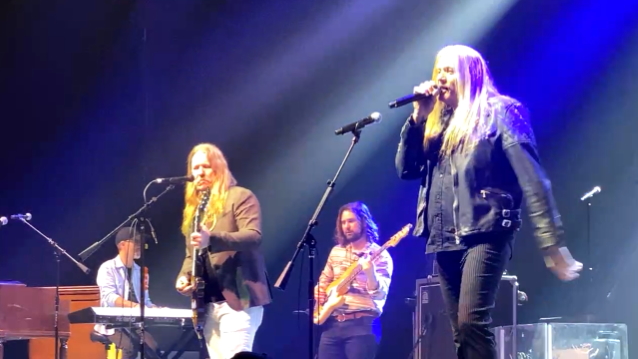 Watch: SEBASTIAN BACH Covers THE ALLMAN BROTHERS BAND's 'One Way Out' With THE ALLMAN BETTS BAND In Las Vegas

Former SKID ROW singer Sebastian Bach joined THE ALLMAN BETTS BAND on stage last night (Thursday, February 24) at The Theater at Virgin Hotels in Las Vegas, Nevada to perform a cover of THE ALLMAN BROTHERS BAND classic "One Way Out". Fan-filmed video of his appearance can be seen below (courtesy of Facebook user Jamie Adams).

Earlier in the week, Bach spoke to SiriusXM's "Trunk Nation With Eddie Trunk" how his collaboration with THE ALLMAN BETTS BAND came about. "Another thing that's cool about these cruise ships you get to go on is you get to meet different musicians all the time," he said. "And one guy that I've been friends with for a while now is Devon Allman, Gregg Allman's son. And now he has his own band called THE ALLMAN BETTS BAND. And we did on a cruise ship. He wants me to do it again [Thursday] night. He's invited me to sing with THE ALLMAN BETTS BAND. [Thursday] night in Vegas, I will be doing the song 'Midnight Rider' by THE ALLMAN BROTHERS [BAND] — in Vegas. Live. No tapes. No fakes.

"I'm an ALLMAN BROTHERS fanatic, and to be able to put a harmony on that song with Devon Allman and Duane Betts on guitar, I love that," Sebastian added.

About a year ago, Bach said that he had finished demoing 14 new tracks for his next studio album.

In January 2021, Sebastian told The Aquarian Weekly that he was working on a new album but he declined to name the record company that will be putting it out. "Yes, I have a new American label and I have been working somewhat on the album during this damned quarantine," he said. "But there is only so much I can do in my house. I have been sending files back and forth [to my bandmates], but it is not as exciting as being together in the same room. Maybe Taylor Swift lives with her whole band. I don’t know how that works." 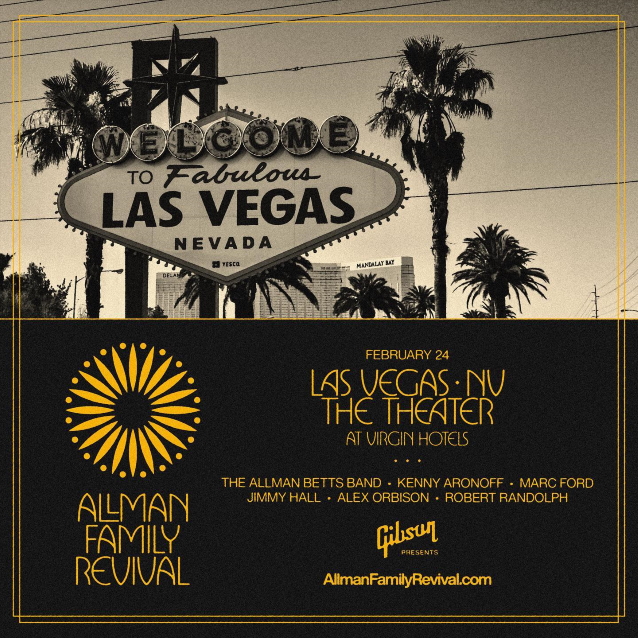