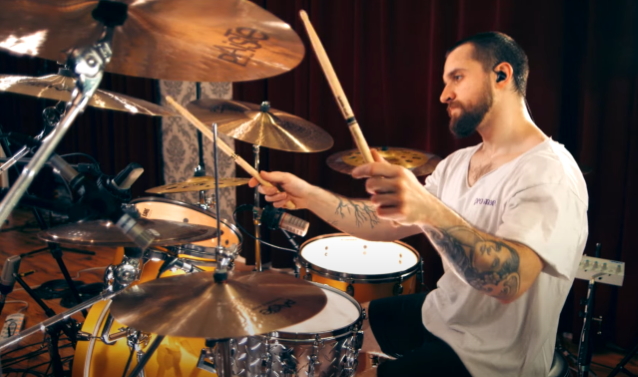 The Paiste YouTube channel has been updated with a video of SEPULTURA drummer Eloy Casagrande playing the song "To Not Belong" from CASAGRANDE & HANYSZ, his prog metal project with João Hanysz.

Paiste says in a message accompanying the YouTube release of the video: "Could he play even more energetic? We don't think so. Always a great pleasure to see and hear Eloy Casagrande banging on those drums. Here he plays the track 'To Not Belong' from CASAGRANDE & HANYSZ. Hell Yeah!"

CASAGRANDE & HANYSZ's debut EP, "Edge Of Chaos", was released in September. The effort was produced, recorded and mixed by Andre Kbelo and was mastered by Carlinhos Freitas.

This past summer, guitarist Andreas Kisser spoke to France's Loud TV about how Casagrande's addition to has affected SEPULTURA's sound.