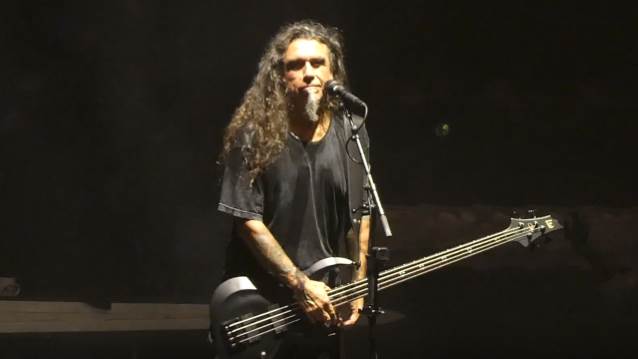 Fan-filmed video footage of SLAYER's July 31 concert at The Pavilion at Montage Mountain in Scranton, Pennsylvania can be seen below.

SLAYER has U.S. dates booked through August 26 at San Jose, California's SAP Center. The band will embark on the European leg of its "farewell" tour in the fall. Support on that trek will come from LAMB OF GOD, ANTHRAX and OBITUARY. 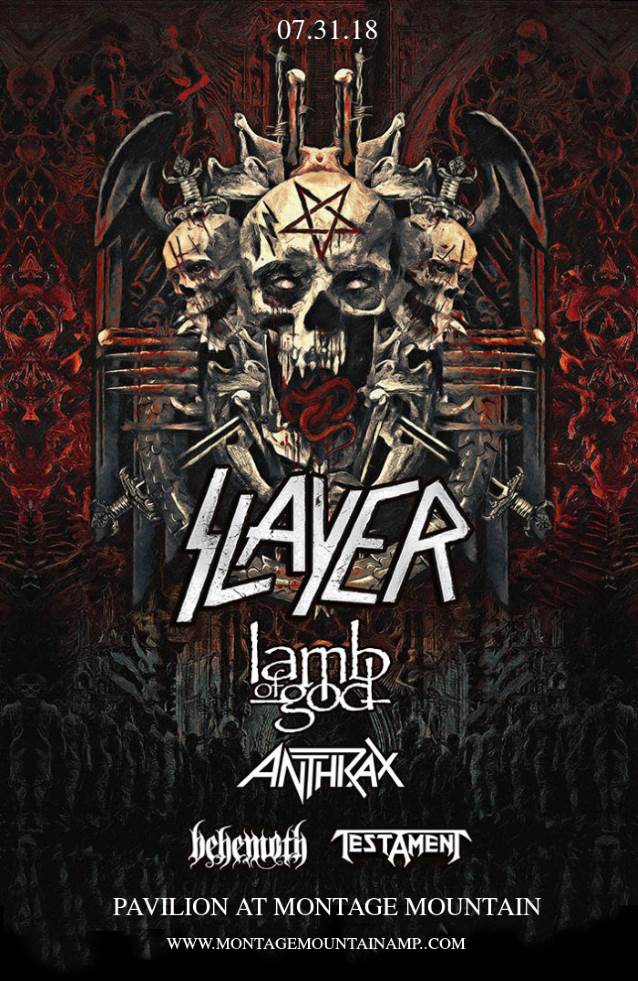