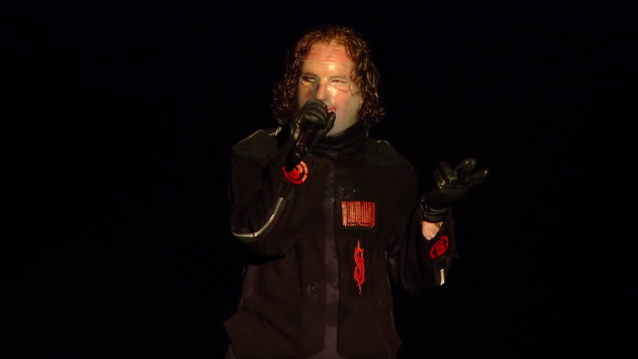 SLIPKNOT's headline set from last year's Download festival was uploaded to the Knotfest YouTube channel. The 100-minute video, which includes a question-and-answer session with Alessandro "Vman" Venturella, can be seen below.

SLIPKNOT premiered three exclusive merch items — a t-shirt, sweatshirt and sweatpants — during the stream, with 10% of the profits being donated to COVID-19 relief charities. The items are available from SlipknotMerch.com.

The many Knotfest events worldwide — Knotfest festivals, "Knotfest Roadshow" tours and Knotfest At Sea — have one purpose, which is to celebrate our community of loud music, art, and culture together. When we are unable to physically come together to do this, for the sake of the common health and safety of all, Knotfest is keeping the celebration going with these weekly live performances.

Coronavirus, which originated in China, has already claimed more than 100,000 lives worldwide, including 18,000 in the U.S.