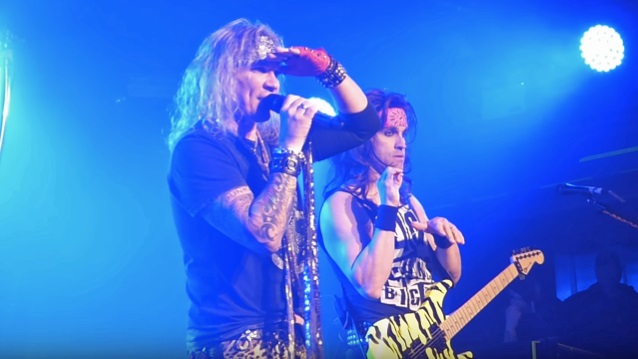 Fan-filmed video footage of STEEL PANTHER's January 19 performance at The Limelight in Belfast, Northern Ireland can be seen below.

STEEL PANTHER is continuing to tour in support of its latest album, "Lower The Bar", which was released in March 2017 via Kobalt Music Recordings. The disc was co-produced with regular collaborator Jay Ruston, and includes eleven songs recorded at studios in north Hollywood and Sherman Oaks, with an additional two tracks on a Best Buy deluxe edition.

When asked by A Music Blog, Yea? whether the members of STEEL PANTHER apply the "Lower The Bar" title to their relationships or if they have certain "stipulations", guitarist Satchel said: "I tend to feel — and this is my own personal belief — 'lowering the bar' is really the best thing you could do in order to have a happy life. It doesn't matter what you're talking about. Let's say, you just want a sandwich. If you're expectations of having a really great sandwich, if you go in with that expectation [you'll be let down]. It's just like having sex with a Tinder date. But, let's say you're on a Tinder date, and you, lucky guy, are able to convince her [the interviewer] by using your cousin's picture to go on a Tinder date with this hot young chick. You get to the date, you're at Taco Bell and you see that this dude doesn't look anything like his cousin. You're disappointed, aren't you? You should go in expecting to date a drummer and if you get a guitar player or bass player, you're happy." 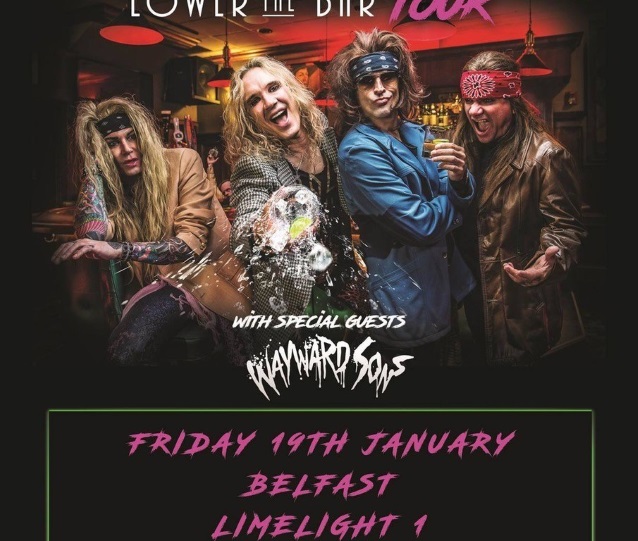