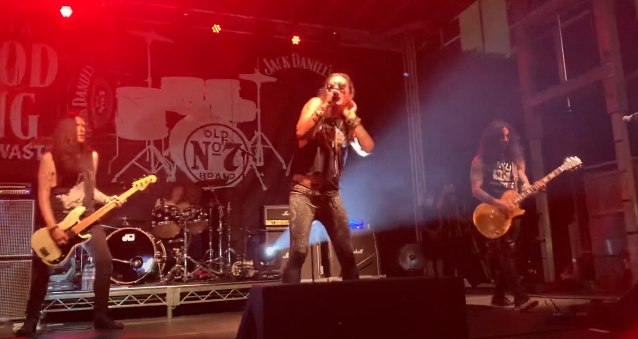 Video footage of Steven Adler's September 5 performance at the Rainbow Bar & Grill Backyard Bash in West Hollywood, California can be seen below. Joining the former GUNS N' ROSES drummer in his group are Ariel Kamin, the singer of Argentinian GN'R tribute band SON OF A GUN, plus guitarists Michael Thomas and Alistair James, and bassist Todd Kerns (filling in for Tanya O Callaghan). 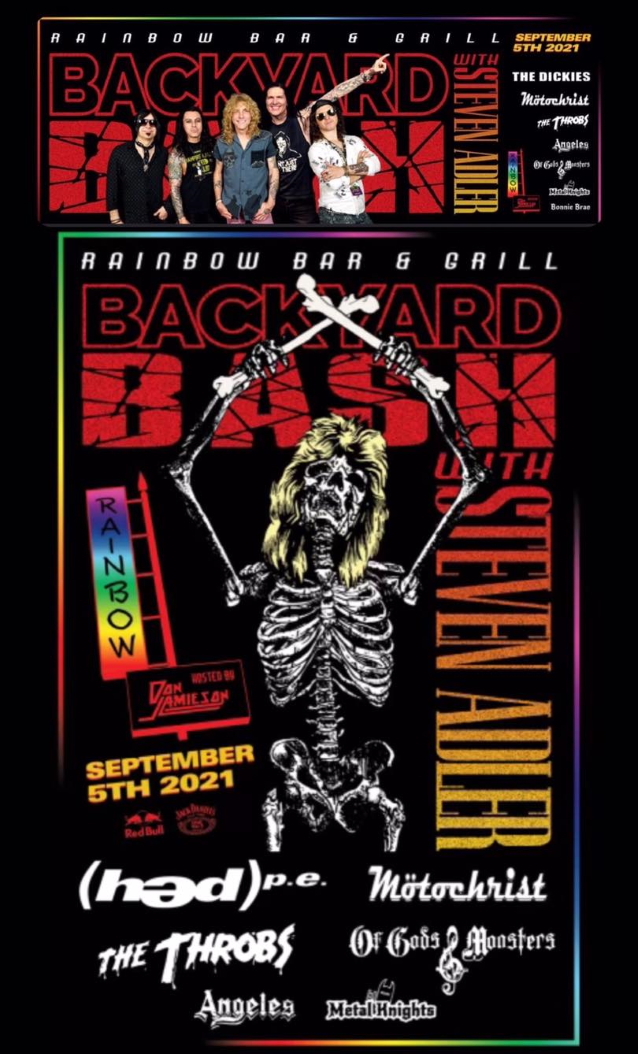