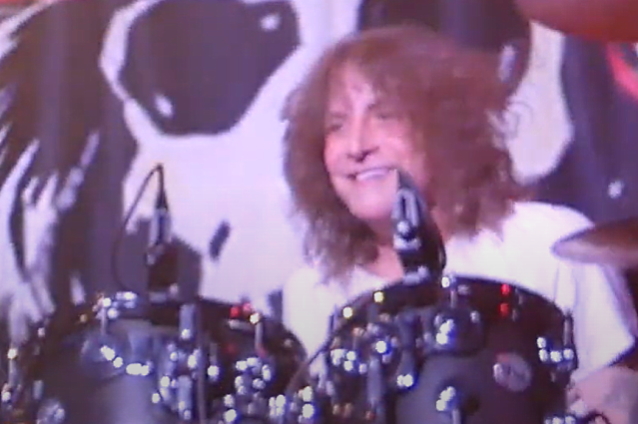 Former GUNS N' ROSES drummer Steven Adler and his solo band performed this past Saturday, September 17 at the Whisky A Go Go in West Hollywood, California. For the song "The One That You Hated", they were joined by former ADLER frontman Jacob Bunton. Fan-filmed video of the show can be seen below.

For years bands like GUNS N' ROSES thrilled audiences at clubs like Whisky A Go Go — considered one of the most iconic venues on the Sunset Strip in West Hollywood. MÖTLEY CRÜE, POISON and VAN HALEN all graduated from the famous club, but it was GUNS N' ROSES that took hard rock and twisted it into something breathtakingly new.

"In some ways you could say the Whisky is where it all started," said Adler. "The passion, the angst, the drive that makes GUNS N' ROSES music so thrilling — that was influenced by our time on the Sunset Strip."

Last year, Adler told the M3 Rock Festival YouTube channel about how he ended up recruiting Ariel Kamin, the singer of Argentinian GN'R tribute band SON OF A GUN, to front his ADLER solo band: "Actually, I went to Argentina [in November 2016] — my wife's from there; her family lives there — and the GN'R guys invited me to do a couple of songs. And so I had a little party at a club called the Roxy in [Buenos Aires], and he was the singer [that played with us that night]. You can go on my web site and see — the Roxy in Argentina. He was so great. I was, like, 'You're coming with me.' And the guitar player from the band that opened up for GN'R was so amazing. I told him, 'Come down. I wanna jam with you.' And he came down. I tell you, if [GUNS N' ROSES guitarist] Slash would have seen him playing, he would have been in the back, in the dressing room, practicing. That's how good he was."

"These guys are my rock 'n' roll army," said Adler. "I wouldn't trade a single one. They are some of the best musicians you'll ever see. I love taking the stage with these guys." 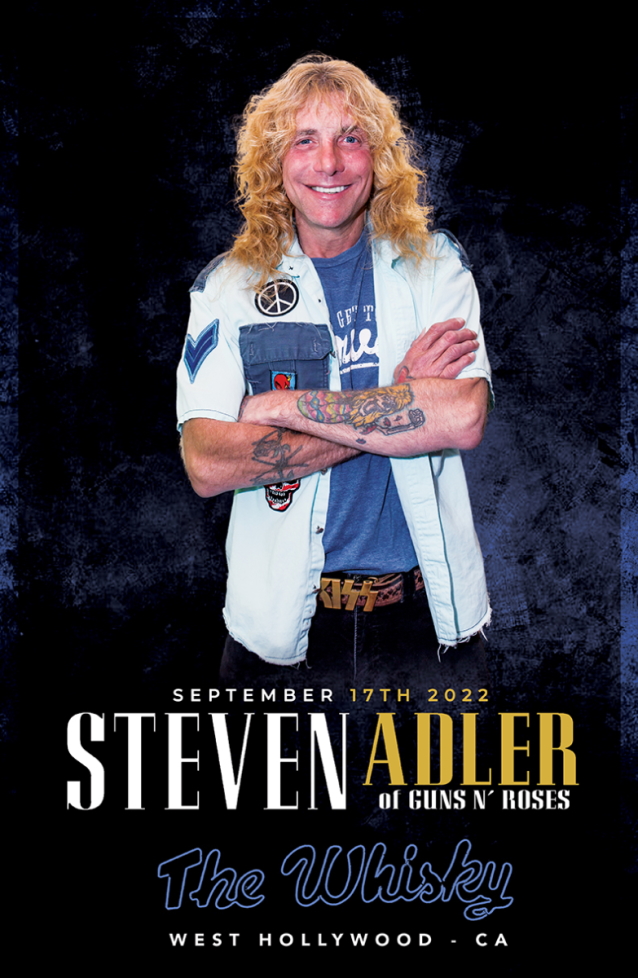