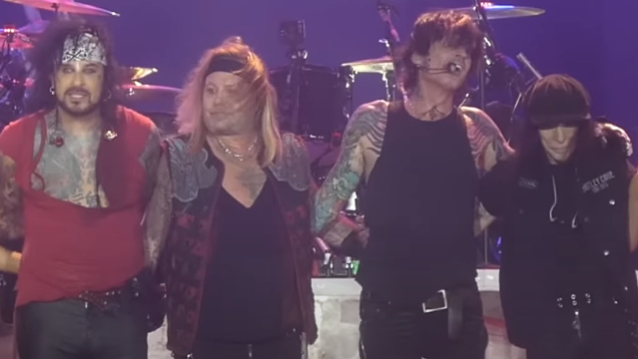 The 59-year-old drummer hadn't been able to play full sets on CRÜE's current North American stadium trek with DEF LEPPARD, POISON and JOAN JETT & THE BLACKHEARTS after sustaining his injuries about two weeks before the tour's June 16 kick-off in Atlanta, Georgia. According to his wife, Tommy broke four ribs on his right side after falling down the stairs of a rental home in Nashville while CRÜE was rehearsing for the shows.

The setlist for the Charlotte concert was as follows:

Tommy joked with the crowd: "For the people that know, here's a little fucking joke on the whole situation.

"For those of you that don't know, I brought a couple of unbroken ribs for y'all to throw down on.

"Let's fucking party, goddammit. Ribs? How about some fucking ribs?"

@EddieTrunk Tommy Lee played entire show tonight in Charlotte. Vince screwed up Home Sweet Home and Guitar was not tuned correctly. He was pissed. You could see it in his face. Great Show! Finally got to see all of Motley together … been trying since 1987! 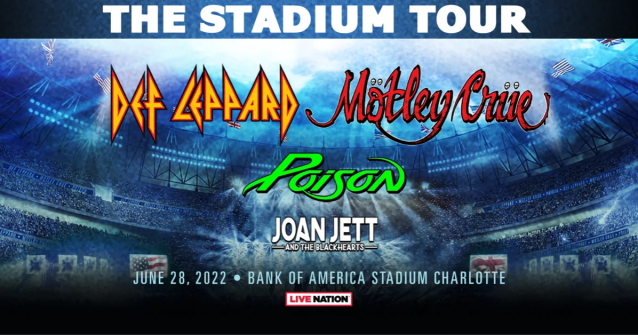