TWISTED SISTER played what was billed as the band's last-ever concert on Saturday, November 12 at the Corona Northside Rock Park Meeting Fest at Fundidora Park in Monterrey, Mexico. Also appearing on the bill were KISS, LAMB OF GOD, CARCASS and SEPULTURA, among others.

TWISTED SISTER frontman Dee Snider tweeted the day before the festival that he was "glad to cross the finish line" but "sad to see it end."

Video footage of TWISTED SISTER's performance can be seen below.

During a recent interview with Goldmine magazine, Jay Jay French talked about TWISTED SISTER's decision to call it quits. He said: "Whether you like it or not, once you reach a status of 'classic,' you really start to understand people — if you really truly want to understand why people like you. You can make new product, it's all well and good, but when someone spends 200-300 bucks for a ticket, they expect certain songs, they expect the songs played correctly, they expect you to be proficient, on time and professional — that's what an entertainer is. And I will tell you that the club scene taught us an enormous amount of discipline."

He continued: "You know, I can't emphasize it enough. Dee [Snider, TWISTED SISTER singer] became one of the greatest frontmen in the world because he learned how to do it on the club scene. We learned how to be great entertainers in the bars and we followed through. And I think the band just wants to say that we reached a point where we can't do it anymore in the manner that we feel we need to do it and we should probably be respected for that. Because I don't want to takes someone's money that I don't earn. And it's hard for some people to understand that. They want to keep you hermetically sealed in a jar with their memories forever. Which I get. I do get it. But I think at some point this year will be our last show, and I'll turn around to the other guys in the band and that'll be it."

After 40 years, the final @TwistedSisterNY show is tomorrow night. Glad to cross the finish line, sad to see it end. #40&FUCKIT

And thank you for honoring the late @AJPero the way you did. We couldn't have crossed the finish line without you! #classacthttps://t.co/JMEO4RoVY9 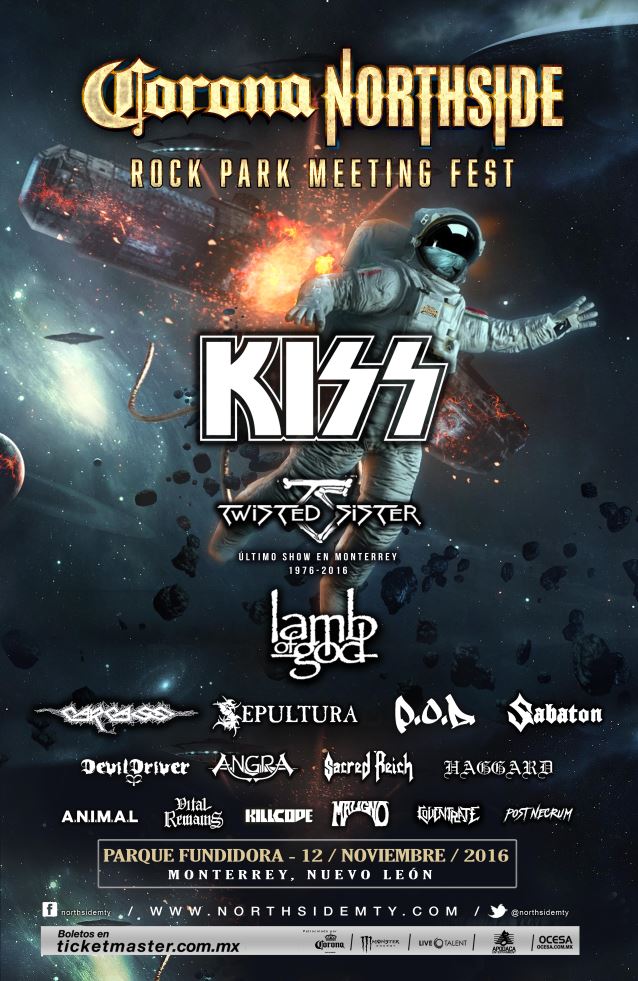