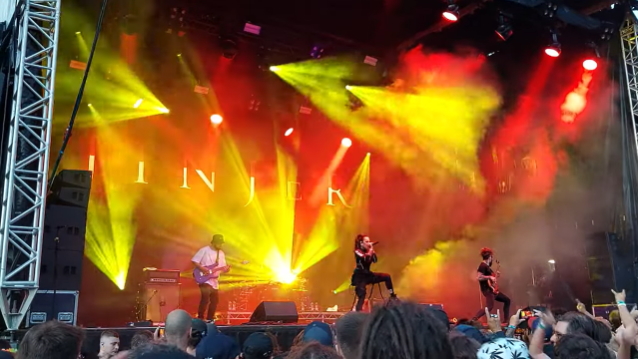 Ukrainian metallers JINJER played their first live show since Russia's invasion of their home country on Friday, June 10 at this year's edition of the Greenfield Festival, which was held in Interlaken, Switzerland. Fan-filmed video of the concert can be seen below.

Last week, it was announced that JINJER had been given permission from authorities to leave their war-torn nation and tour Europe this summer as ambassadors of the country.

On Wednesday (June 8),the band issued the following statement via social media: "We are very honored to announce that together with the help of the Ukrainian Ministry Of Culture, that we have successfully been granted permission to travel abroad as ambassadors of our country to raise funds and awareness about the war raging back home.

"This is a huge honor for us as a band and as citizens. We will do our part to make sure that this war stops as soon as possible!

"Come support, dance and scream your hearts out for Ukraine!"

Due to the ongoing war in the Ukraine, JINJER was forced to cancel all previously announced North American tour dates this spring, including its own headline concerts, side shows with IN THIS MOMENT and participation in the "Knotfest Roadshow" tour supporting SLIPKNOT.

In early March, JINJER bassist Eugene Abdukhanov told BBC News that he had abandoned his day job to concentrate on the immediate humanitarian crisis. He added that he was working on establishing a charity "to help the military, to help the civilians" and will soon join his friends in running a shelter providing "food supplies, water [and] protection" for people displaced by the conflict. 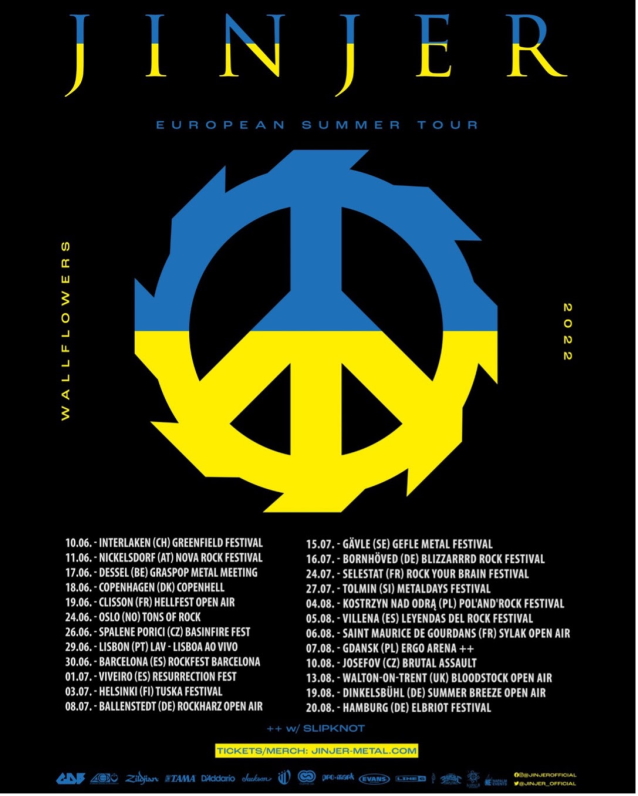