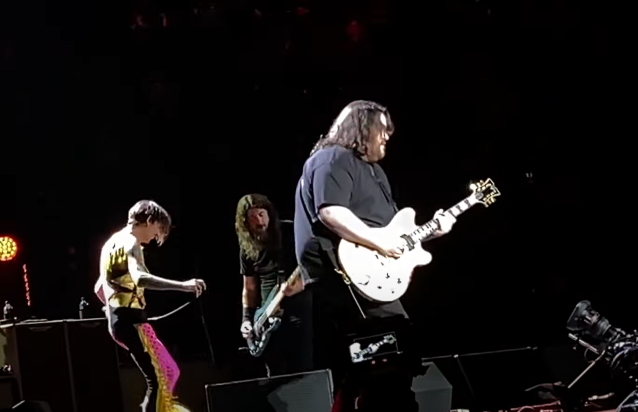 Earlier this month, the same four musicians played "On Fire" and "Hot For Teacher" as a tribute to Taylor at the late FOO FIGHTERS drummer's memorial concert in London.

FOO FIGHTERS frequently covered VAN HALEN in concert, including during their 2015 tour when "Ain't Talkin' 'Bout Love" was a staple of the Grohl-fronted band's setlist.

Earlier this summer, Wolfgang spoke to Rolling Stone magazine about why he is adamant about not playing VAN HALEN covers when touring with his own band MAMMOTH WVH.

Elsewhere in the discussion, Wolfgang addressed rumors of a potential tribute concert for his father, who died in October 2020 after a years-long cancer battle.

"What I can say is that there was an attempt at doing something," he said. "But, you know, I don't like to speak negatively about people, but there are some people that make it very difficult to do anything when it comes to VAN HALEN.

"After being in VAN HALEN for a long time, I really have strived to have an environment where there is no walking on eggshells and there is no personality that you have to deal with," he added. "It's just guys having fun making music and just having a good time. From my time in VAN HALEN, there was always some stuff that gets in the way from just making music and having a good time. And, I think, that's what happened." 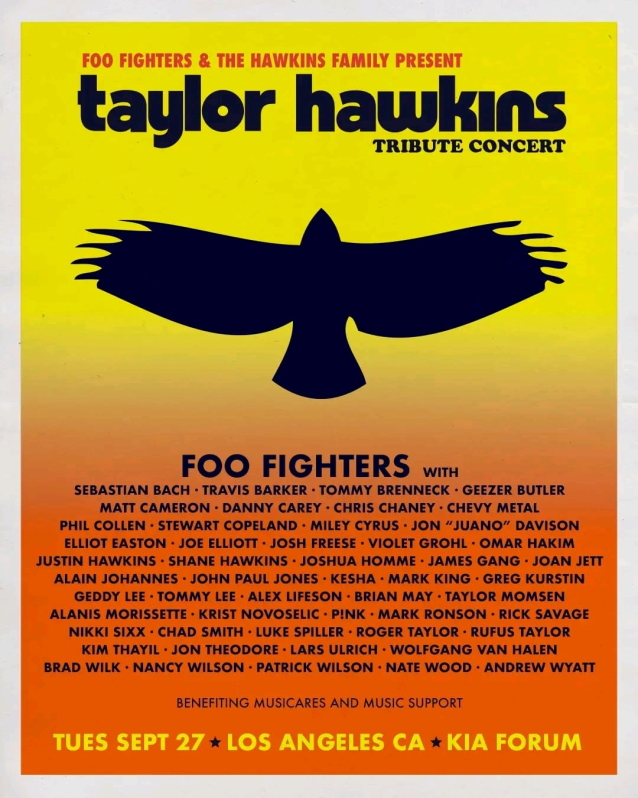