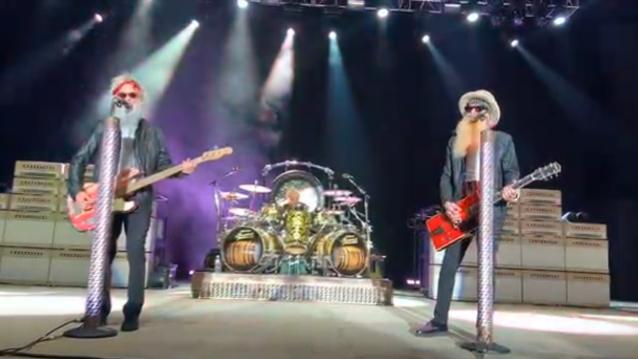 Fan-filmed video footage of ZZ TOP's July 30 performance in Tuscaloosa, Alabama can be seen below. The concert at the Tuscaloosa Amphitheater marked the band's first since the death of Dusty Hill, bass player, singer and songwriter for a trio that has stayed together for more than 50 years. Filling in for Hill at the Tuscaloosa show was ZZ TOP's longtime guitar tech Elwood Francis, who has worked with the band for more than two decades. According to the band, Francis will continue to play bass for ZZ TOP for the foreseeable future.

ZZ TOP canceled a show this past Wednesday (July 28) in South Carolina after learning that the 72-year-old Hill had died in his sleep at his Houston, Texas home.

Asked by Variety how he felt about continuing on with Francis filling in, ZZ TOP frontman Billy Gibbons: "Well, it was a direct directive from Mr. Dusty Hill. When he grabbed my arm and said, 'I think I'm due to go visit the physician to see if I can bounce back,' he said, 'In the meantime, I want you to grab our guitar technician, Mr. Elwood' — Elwood Francis — 'and take him out of that tech station and strap him up with my guitar and make him carry on with every single note.' And I said, 'Well, if that's your wishes, I'll respect that.' And sure enough, we've been very, very fortunate to have a stalwart standby to fill in.

"What's really got everybody on the ropes is that Elwood had been holding down the guitar technician post for 30 years as a clean-shaven young fellow. And when the lockdown was imminent, we all gathered for a band meeting, before things got too fierce. And I said, 'Dusty, it looks like we're not going to be able to go do much or go anywhere. What do you plan to do?' And he said, 'Well, I'll tell you what I'm not going to do. And that's cut the lawn. I'm not going to cut the grass.' And I smiled and said, 'Well, I'll join you on that.' And Elwood piped up and said, 'Well, if you guys aren't going to cut the grass, I'm not going to cut my whiskers.' And when we regathered to commence rehearsals just a week and a half ago, here came Elwood, and I said, 'My gosh, you've got chin whiskers as long as me and Dusty!'

"So when he took the stage the other night, I was looking over the front row and everybody was kind of giving each other the elbow, and they were pointing up and said, 'Look, the ZZ TOP circus still rolls on. There's another freak up there.' In fact, I had to stroll over and grab him by the chin to give him a yank, just to show the audience — I said, 'Folks, this is the real deal here.' [Laughs] But he's honoring Dusty's wishes, and I know that, wherever Dusty may be, he's probably smiling, just knowing that all the notes are in place and that the fierceness rolls on."

Francis made his live debut with ZZ TOP on July 23 at the Village Commons in New Lenox, Illinois after Hill was forced to return to Texas to address a hip issue. 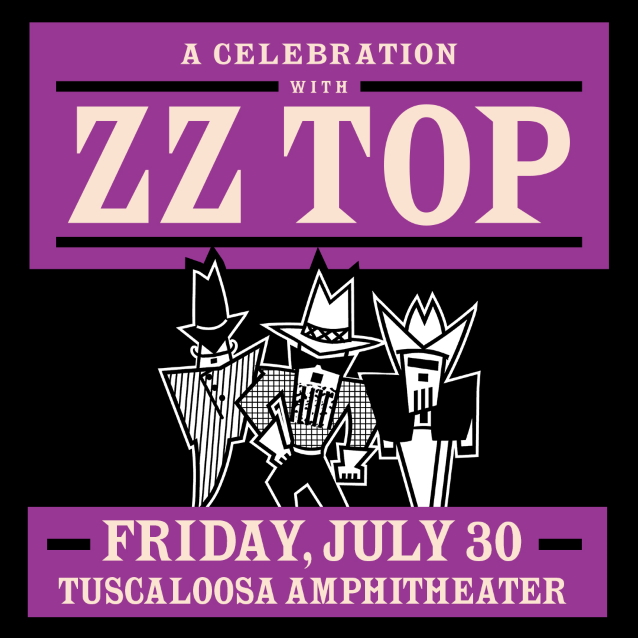