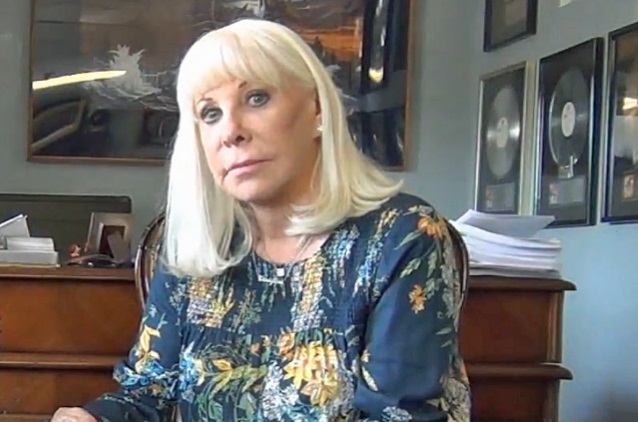 Wendy Dio, wife and longtime manager of Ronnie James Dio, says that the hologram tour of her late husband will likely hit the U.S. in the summer of 2018.

The hologram of Ronnie James Dio made its debut at last year's Wacken Open Air festival in Germany. Created by Eyellusion, the surprise appearance of the heavy metal icon during DIO DISCIPLES' set closed out the massive metal event which was attended by more than seventy-five thousand fans.

Eyellusion recently announced initial dates for "Dio Returns: The World Tour", featuring the Ronnie James Dio hologram reunited with the late rock star's former bandmates from the DIO band. The tour will make more than eighty stops around the globe, kicking off in Europe in early December.

During an interview with Argentinean rock journalist Lucas H. Gordon, Wendy stated about the "Dio Returns" trek (see video below): "We will start December 6th in Germany; we're doing a couple of shows in Germany. Then we're doing London, we're doing Poland, Bucharest, three [shows] in Spain, Belgium and Holland. So that's from the 6th of December to the 22nd of December. And then we're in talks about doing some in South America — in Argentina, Chile, Brazil — and a big Mexican tour, actually. Hopefully everything's good by then. So we're in talks about that. That would be in February. And then we're hoping for America for the summer."

Englen told "The Blairing Out With Eric Blair Show" last month that "Dio Returns" will see him and his bandmates perform "quite a few songs with the hologram — probably, I would say, about half or maybe more than half. And then the rest of them are gonna be without the hologram, with 'Ripper' Owens and Oni Logan singing," he said. "So it's gonna be the DIO DISCIPLES. And the hologram is gonna be in the middle of the stage, but I don't wanna reveal too much. It's quite a large… it needs quite a bit of space onstage, so hopefully most of the venues are gonna be able to accommodate that, as far as the places that haven't been booked yet. But we're excited about it. It's gonna be great."