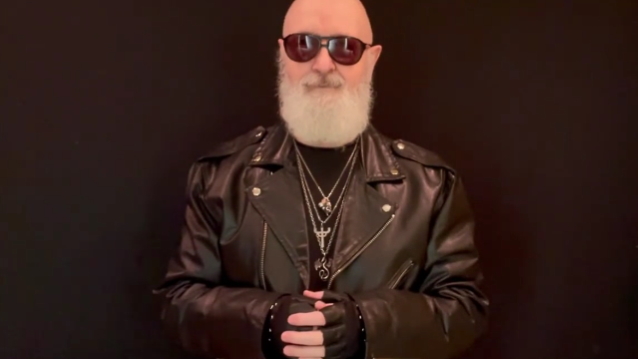 In a recent interview with Spain's Mariskal Rock, JUDAS PRIEST singer Rob Halford was asked who wore the "leather biker look" first — him or late QUEEN frontman Freddie Mercury. He responded (as transcribed by BLABBERMOUTH.NET): "I remember seeing a picture of Freddie with his leather jacket and a cap and a motorcycle, and I'm, like, 'What the fuck is going on, Freddie?' [Laughs]

Three years ago, former JUDAS PRIEST guitarist K.K. Downing was quoted as saying in Greg Prato's book "Long Live Queen: Rock Royalty Discuss Freddie, Brian, John & Roger" that Halford "definitely" pulled off the "leather biker look" better than Mercury. "Actually, that's probably one of the best questions I've ever been asked," Downing said. "Because both of the guys, obviously being gay and both obviously having donned the leathers — which is par for the course — I think the difference was it became Rob's ultimate and permanent image. Whereas Freddie did it for a bit of fun, I think. But [it is] a fun question — I like that a lot. Definitely Rob looked like the epitome — as I hope we all did, together, when we all eventually got into the leather gear — of an archetypal heavy metal band."