In a brand new interview with The Red Bulletin, Red Bull's magazine, METALLICA members James Hetfield (guitar, vocals) and Lars Ulrich (drums) were asked about how important achieving independence by owning all of their master recordings — including both music and long-form videos — has been in having a long and successful career. "For us, yes, it has been important, but for other people? I don’t know," Hetfield said. "When we were starting out, getting signed by a label was huge. I don't think that's such a huge thing now. The fact that you can make your own music in your basement, press it and put it out yourself is wonderful, but how far do you get with that? Do you eventually sign up with someone who's bigger? These are the business decisions you need to make. You have to ask yourself, 'What is it we want to do?' Do you want to tour the world, stay local? You should do what makes you happy."

Added Ulrich: "We've always felt we were outsiders. I guess we never really felt the need to play the game. The best thing about our success is that it has afforded us the opportunity to carve our own creative path. Primarily, independence for us means that we've never really taken money from anybody; we've never owed anybody anything."

Continued Hetfield: "We've always been control freaks. As artists, we've always felt the need to have at least some control over how our art is presented. Whether you're an artist or a sculptor, you're going to have a strong opinion on how your art is hung or where it's placed — that's part of the artistic vision."

Asked if they would agree that they had to adapt and be flexible in their career, James said: "When the floodgates opened and music was all over the Internet for free, it scared us and we didn't know what to think about that. But obviously now it's a great, convenient way to get your music, so adapting is the only way to survive. I think that's true in any walk of life."

According to Billboard, METALLICA's latest album, "Hardwired… To Self-Destruct", is distributed by Alternative Distribution Alliance, the indie distribution arm of Warner Music Group. METALLICA had previously released its music through Warner Music's Elektra Records (beginning in 1984) and then later through Warner Bros. Records. The band renegotiated its contract with Warner Music in 1994, and that contract expired in November 2012. As part of that deal, the heavy metal legends walked away from Warner Music with their master recordings, which the group has since reissued on its own independent label called Blackened Recordings.

Blackened was described in a 2012 press release as "a home for all of [METALLICA's] recordings, both audio and visual, and anything else that suits them."

"Back in the early '90s, Cliff [Burnstein], one of our managers, was talking about this amazing place of total independence and creative freedom which would come from owning your own master recordings," Lars told The Red Bulletin. "It would offer us a total disassociation from the music business. When that was explained to us, it obviously made a lot of sense. So when we entered into contract negotiations, that was always the primary modus operandi, to eventually own our back catalogue. Any disassociation and dynamic which releases you is a great thing because you are truly free to do what you want."

"Elektra were a good fit for us but we always wanted to own our own masters at some point — and why wouldn't you?" James added. "It's really great to own them because they're ours after all! A lot of bands from the '70s and '80s did not see that as an option or even care about it. We're fortunate to have had some pretty savvy business management." 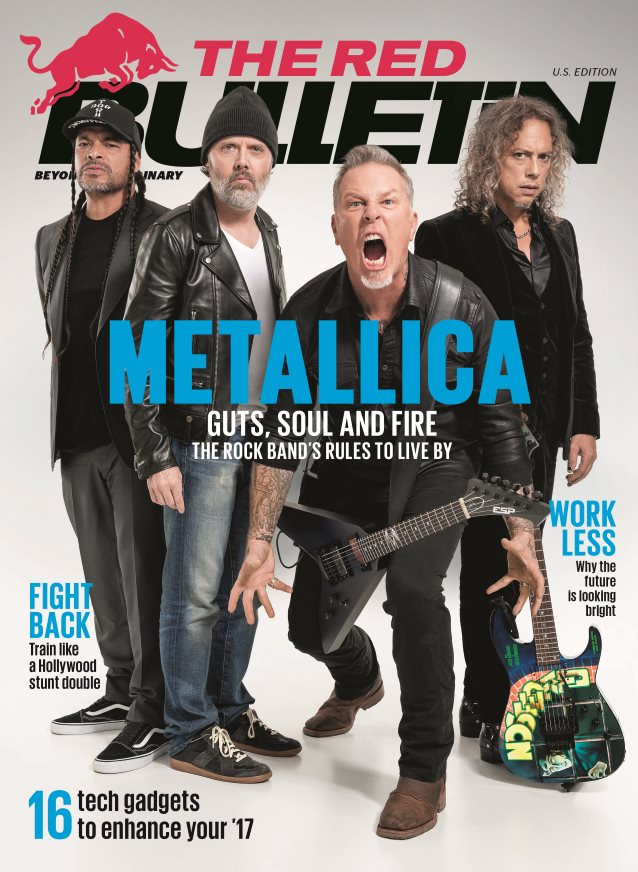