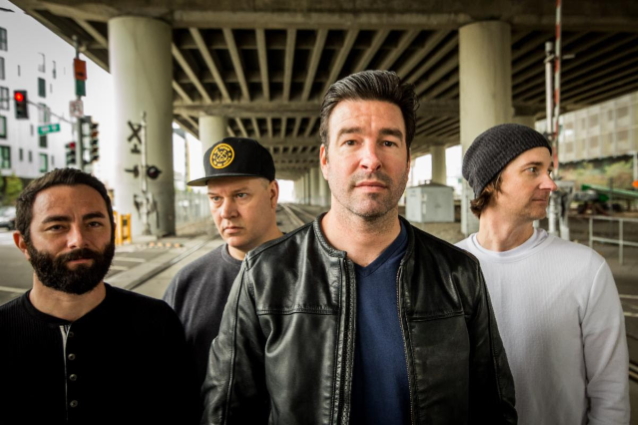 "Wings Of Mariposa" marks WILL HAVEN's first new music since the 2018 LP "Muerte" and is a precursor to the band's upcoming seventh album, which is in its final stages of production. WILL HAVEN has been recording the new LP with Joe Johnston at Pus Cavern in Sacramento over the past several months, and the effort is now in the mixing stage, soon to be completed and prepared for release through Minus Head Records in the months ahead.

WILL HAVEN guitarist Jeff Irwin states: "We're excited to get some new music out!

"'Wings Of Mariposa' is a nice little glimpse of what this new record is about.

"I love this new record and am looking forward to playing most of these songs live!

"The video was done by our good friend Dave Blackley. He has done a few of our last videos, I love his vision and his edits are awesome. It's been awesome working with him."

WILL HAVEN is preparing to hit the U.K. on a short run of tour dates. The band will play Bournemouth on June 8, followed by a special set in London the following evening where they'll play their Revelation Records-released third album "Carpe Diem" in its entirety. June 11 will see WILL HAVEN perform at the massive Download festival.

"We are beyond ready to get back to the UK; it's our second home," Irwin continues.

"We are excited to play 'Carpe Diem' in full, from front to back. We have never done that live before and it's been fun putting it all together.

"To be able to finally play Download is an absolute honor. It's the one festival we have always wanted to play. We are going to play a few new songs there and some oldies. It should be amazing.

"I can't wait to see the WHVN family soon."