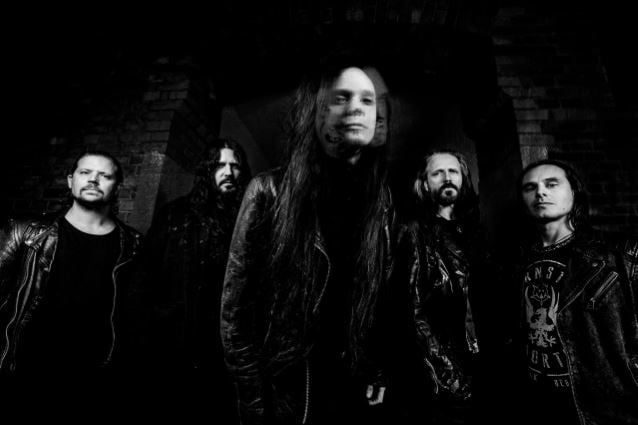 WITCHERY played a score of festivals in support of their latest release, 2010's "Witchkrieg", did a tour of Japan together with VADER and WATAIN, but, unfortunately, the band's lineup rotation continued. While former DARK FUNERAL vocalist Emperor Magus Caligula assumed live session duties for a while (replacing ex-MARDUK/DEVIAN frontman Legion),it was only recently that guitarist and band leader Patrik Jensen managed to gather the right new members for the recordings of "In His Infernal Majesty's Service", as he explains.

Celebrating the 20th year of the group's existence, "In His Infernal Majesty's Service" showcases an illustrious and revamped lineup consisting of original members Patrik Jensen (guitar; THE HAUNTED),Rikard Rimfält (guitar; SEANCE) and Sharlee D'Angelo (bass, ARCH ENEMY),alongside new additions to this nocturnal guild Angus Norder (vocals; NEKROKRAFT) and Chris Barkensjö (drums, LIK). Self-evidently, WITCHERY stays the stylistic course and continues their infamous tradition of combining the best elements of old school thrash, speed, death, black and ultimately pure heavy metal with dead-on songwriting precision for maximum listening pleasure. In regards to the musical approach and the recording procedure goals with the new album, which was produced and mixed by Daniel Bergstrand at Dug Out Studio (BEHEMOTH, IN FLAMES, MESHUGGAH). 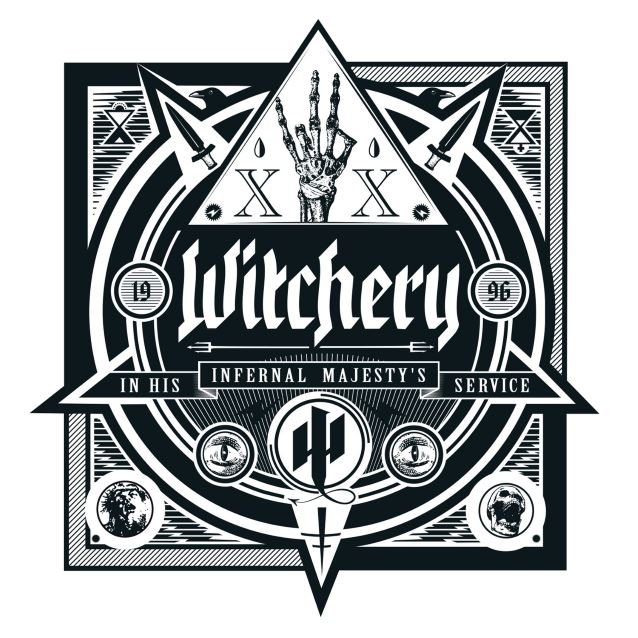