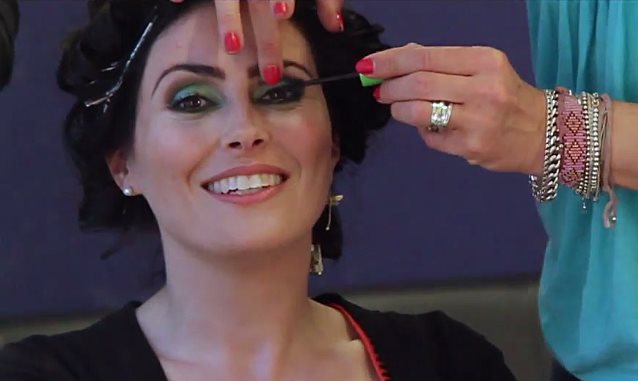 After months of blood, sweat and tears from Dutch symphonic metallers WITHIN TEMPTATION, the band's new album, "Hydra", is now on the road. While the group is on tour, singer Sharon den Adel is keeping a video diary of the trek that shows you what happens during and in between shows, and what it's like for the band to bring "Hydra" to the stage and see people respond to the new songs for the first time.

The tenth episode of the diary, in which Sharon looks back on the shows so far and she unveils what sentence she created with all of the dragons on the road, can be seen below.

WITHIN TEMPTATION's new album, "Hydra", sold around 15,000 copies in the United States in its first week of release to debut at position No. 16 on The Billboard 200 chart.