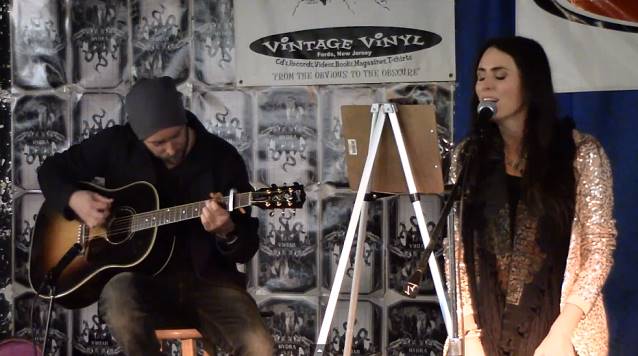 Official Vintage Vinyl video footage of the acoustic set can be seen below.

U.S. fans can tune in to SiriusXM's Octane channel (Ch. 37) next week to hear a WITHIN TEMPTATION special featuring an interview with Sharon and Ruud as well as a performance of several acoustic tracks exclusively for Octane.

WITHIN TEMPTATION's new album, "Hydra", will be released in North America on February 4. The album will be available in several luxury formats. The cover artwork was created by Romano Molenaar ("X-Men", "Batman", "The Unforgiving").