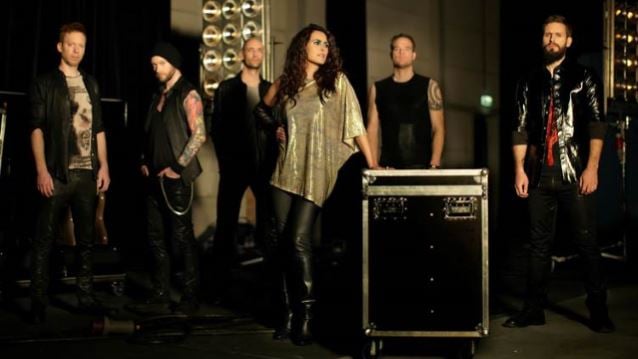 Dutch symphonic metallers WITHIN TEMPTATION have decided to release footage of their unique "Black X-mas" performance, recorded live at the 013 in Tilburg, The Netherlands exactly one year ago. In the coming months, the band will unveil more videos online and on the band's streaming portals.

Watch a trailer below.

Although there has been huge demand for the band to do a 2017 edition of this special show, the band decided to give away free live footage to their fan-club members, after announcing a fall/winter 2018 European tour this November.

WITHIN TEMPTATION's "Black X-mas" show featured a stunning performance with special costumes, custom masks, and brand new visual effects, as well as special scenery and actors throughout the venue. Fans flocked from all over the world to catch it.

Fan-club members can access the newly released "Black X-mas" footage through the band's website at within-temptation.com. If you aren't a member yet, you can join the fan club for free.