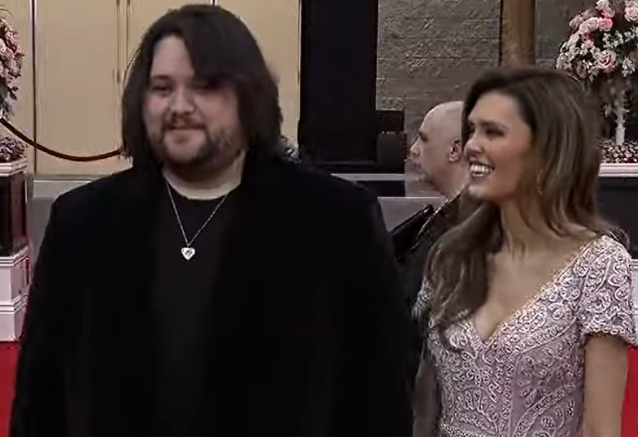 Wolfgang, the 31-year-old son of legendary VAN HALEN guitarist Eddie Van Halen, was nominated for his song "Distance" which he wrote about his late father. The award instead went to FOO FIGHTERS' "Waiting On A War".

"We came, we saw, but we did NOT conquer and that's ok!" Wolfgang wrote on Twitter after the awards ceremony. "I got to have a wonderful night with the two most important women in my world," referencing his girlfriend, Andraia Allsop, and his mom, TV actress and Food Network personality Valerie Bertinelli.

"Such an honor to be nominated for the first song I ever released on my own, in a category with artists I've looked up to my entire life. I don't know if that'll ever fully set in.

"Pop didn't win the first time he was nominated too, so it looks like I'm following in his footsteps quite nicely," he continued.

"Who knows what the future holds. All I know is I'm feeling pretty damn grateful. What a wild experience this was.

"Thank you to @recordingacademy for the recognition, and thank YOU for the support. Y'all mean the world to me."

Bertinelli told Entertainment Tonight on the red carpet that she was proud of her son.

"It is really emotional," she said. "I mean, the song that Wofie wrote is absolutely stunning, gorgeous and it's really beautiful that he was honored for it, and for songwriting."

Wolfgang said that his dad would also be proud, but clarified: "He would be losing his mind, but also, at the same time, he would be, like, 'duh,' because that's how much he believed in me."

Wolfgang wrote all the songs and performed all the instrumentation and vocals on the LP.