According to a sheriff's office affidavit: After she began punching people, Danielle Lacie Ferrero (see booking photo from Hillsborough County Sheriff's Office below),25, of Punta Gorda, kicked and spit on deputies trying to eject her from the concert at the Ford Amphitheatre at the Florida State Fairgrounds.

The officers were eventually able to restrain her and put her into custody.

Ferrero was charged with three counts of battery on an officer and is being held at Orient Road Jail without bail.

The Rockstar Energy Mayhem Festival is headlined by SLIPKNOT and DISTURBED. The national tour kicked off July 9 in Auburn, Washington. 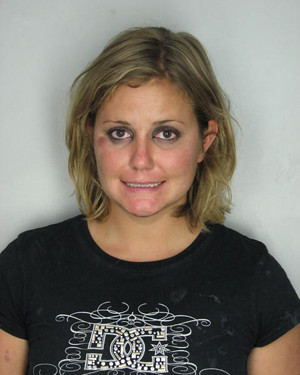