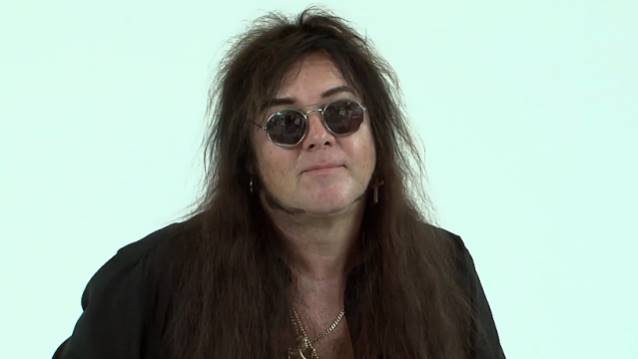 In a brand new interview with The Rockpit, legendary Swedish guitarist Yngwie Malmsteen spoke about how his career has been affected by the fact that, in the age of streaming music and social media, albums don't sell like they used to.

"I'll put it in a nutshell," he said. "Basically, what happened with the Internet was that the money machine was eliminated. When the money machine was eliminated, all these people who had nothing to do with the music, and who used to make millions of dollars, started to do something else. Then everyone went, 'It's fine. Bands are still signed.' But it's not! The reasons bands were signed and new acts could get a shot was because people thought they could make money from these bands. So the fans got to hear new music while the machine was going around, investing a million and getting ten million back. Now when there is no return, no new bands are being signed or exposed and no record labels are acting like they did before."

He added: "People love heavy metal, people love rock and roll and people love guitar players, but there's no money in it… There's nothing new [coming out]! Simply because the labels, the retailers, the distributors, the manufacturers graphic designers, photographers and so on, they are not making money... so they say, 'Fuck this,' and they go do something else. The new groups that start in a garage are not going to get exposed and the fans are not going to get new music."

Asked if he thinks that's led to an upsurge in the live music scene, Yngwie said: "Look, the thing is, if you're already established, if you're JUDAS PRIEST or Yngwie Malmsteen, you're fine. There's no difference; you do what you've been doing and it's the same. But if you're a nobody and you want to sound really good but you want to start out, you can't get a tour bus or an opening act slot because there's no machine there to invest in you.

"All the old acts, like ALICE COOPER, the SCORPIONS, THE POLICE and more, they're bigger than ever.

"Do you remember the days when there was a new band every fucking week? It's not happening! Back then, someone could sink a few hundred grand into a band and make millions.

"If you make a product that people steal and it costs money to make that product, you get no say in who's going to put money into it.

"To me, I thank god every day for being where I am. I can do whatever I want and not worry about airplay or the first single. I don't have to worry about any of that shit.

Asked if he thinks that's leading to the rise of nostalgia for the '70s, Yngwie said: "The biggest reason for that surge in all those bands is because of record sales is because there's nothing new, because the people who put those bands on the map only did it for the money! If I said, 'Hey, I've got a YouTube video. Check it out,' what's going to separate it from a billion other people?"

Malmsteen recently headlined the "Guitar Gods" tour with Ron "Bumblefoot" Thal of GUNS N' ROSES and Gary Hoey. He also spent time in the studio mixing a live album and DVD recorded at back-to-back shows in Tampa and Orlando. According to the guitarist, it will probably be called "Spellbound Live". He told CitizensVoice.com about the live album and DVD: "That's a perfect example of how when I play, it's always different. Because one's from Tampa and one's from Orlando, and it's completely different."