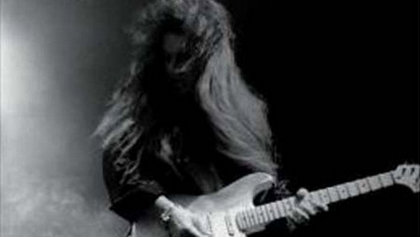 "Relentless: A Memoir", the autobiography from legendary Swedish guitarist Yngwie Malmsteen, is available as a seven-hour-and-45-minute audiobook from Audible.com.

In "Relentless" — which was released in May via Wiley — Malmsteen relives the greatest and worst moments of his storied career as one of the most admired, talked about, and emulated guitarists in the world — from how he managed to buy his first Strat and assemble his first wall of Marshall amps to the truth behind the title of his 2005 "Unleash The Fury" album and beyond.

At the center of Yngwie's story is his lifelong rebellion against the conventions and restrictions of the Sweden in which he was raised. "Don't stand out," he was told when he dreamed of being a professional musician. "That won't work," he was warned when he wanted to play loud or little-known songs. His entire musical career has been a proclamation that he will stand out, and it will work.

That determination drove the fourteen-year-old Yngwie to make his now legendary "Powerhouse" demo tape, the recording that later caught the ear of Shrapnel Records' Mike Varney, who brought Yngwie to America in 1982. It drove Yngwie to become the de facto leader of two already existing bands before launching a solo career just eighteen months later. It also drove him to act out in sometimes bizarre ways and develop a reputation as a mercurial, perhaps unstable, personality.

Yngwie recounts these incidents with neither pride nor apology, but with a great deal of color. And he gets into the seedy and unscrupulous side of rock and roll, revealing how managers, record companies, and others ripped him off, before his wife, April, rescued both him and his business.

Musicians will be drawn to Yngwie's descriptions of how he composed his greatest songs and his overall approach to composition and to band dynamics. He writes with admiration about musicians, from DEEP PURPLE's Ritchie Blackmore to nineteenth-century violinist and composer Niccolò Paganini, who influenced his playing and the development of his unique neoclassical-metal style.

An audio sample from the audiobook is available below.

Malmsteen was featured on NPR's "Weekend Edition" this May 11. Malmsteen discussed his brand new autobiography, "Relentless: A Memoir"; his latest album, "Spellbound"; and more with program host Scott Simon.

On his frustrations with rock 'n' roll:

Yngwie: "I grew up in a family that was very musical, learned the blues and everything like that. And I became a little bit frustrated with the simplicity of rock 'n' roll and blues. I started listening to a lot of classical music — mainly Bach, Vivaldi. Then one day on TV — I was about 12 or 13 years old — there was a Russian violinist (I can't remember his name) that was playing solo violin: '24 Caprices For Solo Violin' by Niccolò Paganini. I completely freaked out, because I knew that's what I was hearing in my head. I decided I was going to use all of the arpeggios and linear notes and wide vibrato of the violin. I've always been a little bit of an extremist, so I decided to go all of the way."

On Jimi Hendrix and burning guitars:

Yngwie: "My fourth birthday, I was given a violin, and my fifth birthday, a guitar. I didn't start to play until I saw Hendrix on TV. They showed him setting his guitar on fire and burning it for the Monterey Pop Festival. I wanted to learn how to play guitar, so I could smash it up and burn it. I was only a little kid, so that was my incentive. [laughs]"

On guitar shred as a shtick:

Yngwie: "It runs the danger, I think, but I feel very strongly that I've made a statement as a composer, as a performer, well beyond just guitar shredding." 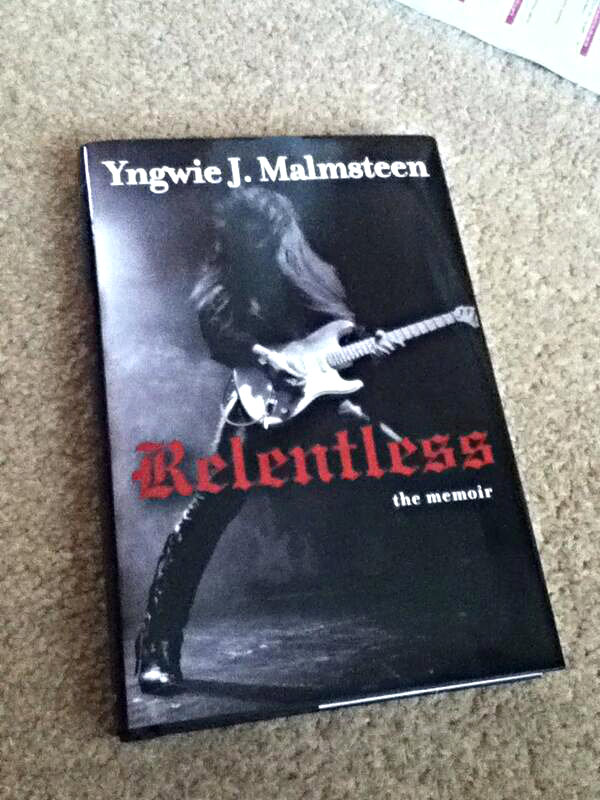