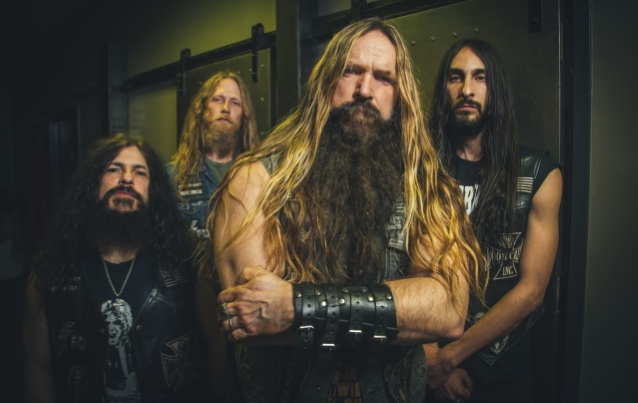 Zakk Wylde, BLACK LABEL SOCIETY frontman and celebrated Ozzy Osbourne guitarist, spoke to Matt Pinfield of 95.5 KLOS's "New & Approved" show about BLS's 11th studio album, "Doom Crew Inc.", which will be released on November 26 via MNRK Heavy (formerly eOne Music). He said (as transcribed by BLABBERMOUTH.NET): "People ask me, 'Zakk, was there anything different about this album than any of the other ones?' I [tell them], 'No.' It depends on what side of the bed you wake up that morning and what inspires you or whatever.

"Usually when I'm working on a record, I'll just write riffs," he explained. "If I find out the guys are gonna be coming out in a month, I've got a month to write a record, I'll just sit out there with a practice amp in my [jam room] and I just put the reverb on it so it sounds like I'm in Madison Square Garden all by myself and I just start writing riffs until there's something I'm happy with. You might hear something that you get inspired by and then you start writing it. So, that's how I do it. If I don't come up with anything today, I don't sweat it. I'll do it tomorrow. I'll go fishing again, and hopefully I'll catch something.

"The way we did this album, more so than any of the other records, everything you hear on that record I tracked before the guys even came out," Zakk added. "I just played to a click track — no drums, no bass. I did all the guitars, doubled them, so when the guys came out, everything was ready to go… [Drummer] Jeff [Fabb] will just listen to the arrangement and then figure out what he wants to play. He goes in there and tracks the drums — gives it two or three shots — and he's, like, 'I'm done.' And that's it."

"Doom Crew Inc." will be available digitally on CD and vinyl plus a deluxe edition that includes vinyl, CD longbox, cassette and more.

The 12-track album is both a tribute to the band's "first to bleed, last to leave" road crew and a salute to the legion whose support, stretching back to 1998, rivals that of the KISS Army. The stomping, heavy, bluesy, recklessly unhinged hard-rock-metal quartet are part invading horde, and part traveling carnival — summoning caffeine-fueled cacophony on records and the stage.

The songs are odes to celebration and mourning, the soundtracks to jubilant evenings and bewildering days recorded in Zakk Wylde's home studio, the Black Vatican. On this album, Zakk trades solos and twin-guitar parts with Dario Lorina, backed by the rumble of longtime bassist John "J.D." DeServio and Fabb.

BLACK LABEL SOCIETY has just hit the road on the "Doom Trooping Over North America" tour. The trek started October 1 in Sacramento at Ace Of Spades with openers OBITUARY and PRONG and will end on November 28 in Albuquerque at the Sunshine Theater. The band will then finish up the tour from December 27-31 with PRONG and ARMORED SAINT. 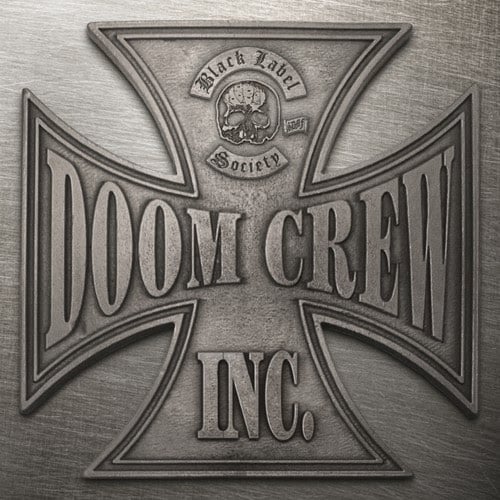