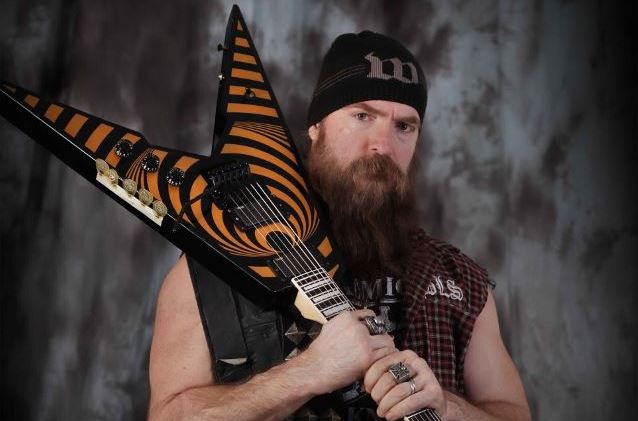 On the difference between live shows with BLACK LABEL SOCIETY and OSBOURNE:

On how the music industry has changed since he got his start over three decades ago:

Zakk: "It doesn't matter what the formats are or whatever. You have musicians and you have driven people. That's one thing you can't stop is driven people. I think, yeah, the industries and everything is going to change because of technology and everything, so, you just roll with the changes, that's all. I mean, as far as I'm concerned, it's not going to affect me because I'm going to still love playing and I still love touring and we're doing our thing. I'm blessed and grateful I get to do what I do. It's definitely different than it was back in the day, but at the same time, it gives the artist more control so you can do whatever you want, you can be your own boss, if you know what I mean, in that regard. But, yeah, musicians are going to be musicians. I think if LED ZEPPELIN came out today and BLACK SABBATH came out today, they'd still be successful because they'd still be touring and making the music that they make."

On why rock music has declined in favor of rap and hip-hop music:

On whether it's necessary to send young people to music school to learn an instrument:

Zakk: "I don't believe that. Jimmy Page [LED ZEPPELIN] never took guitar lessons at a music school and neither did Eddie Van Halen. No, but I think music education is great, though, in the regard that, for me, it was the coolest thing we had in school because you learn. Also, you get your education from watching other people play, whether you're watching other people play, going to live shows and being inspired by other players. People that really want to learn are going to seek out knowledge, whatever instrument you're playing, whether it's the piano, whether it's the guitar, whether it's pedal steel [guitar] or you're playing bass or drums. If you really want to learn, you're going to seek out knowledge and learn."

BLACK LABEL SOCIETY will embark on the second leg of its North American tour with CORROSION OF CONFORMITY and EYEHATEGOD this summer. Set to commence July 14 in Cadott, Wisconsin, the trek will make its way through nearly two dozen cities, coming to a close on August 11 in Sayreville, New Jersey.