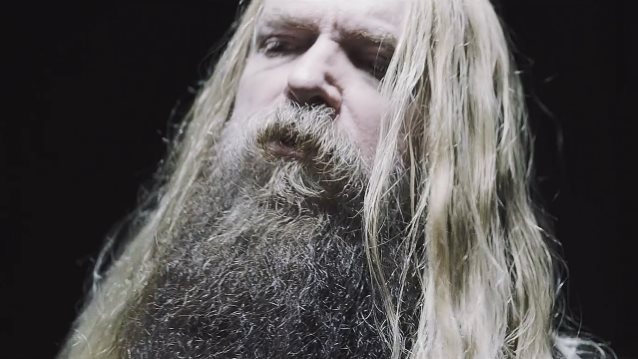 ZAKK WYLDE On VINNIE PAUL: 'Your Heart Of Gold Made The World A Better Place'

"God bless Vinnie Paul - 1964-2018. Father Vinnie, your compassion for others and your love of seeing everyone around you happy I will never forget. Your heart of gold made the world a better place. Go be with your beloved brother as I'm sure he's holding the door open to greet you at god's tavern. I love you, my brother."

Wylde was a close friend of Vinnie's brother, late PANTERA guitarist "Dimebag" Darrell Abbott, who was shot and killed onstage in 2004 when he was just 38 years old.

Due to his relationship with the Abbott family, Zakk was consistently mentioned as the most natural and logical fill-in for Dimebag in a hypothetical PANTERA reunion.

Wylde told HardDrive Radio in a 2016 interview that he was "truly honored" that he was being talked about as someone who could step in for Dime.

"People, when they talk about it being a PANTERA 'reunion,' [it would be a] reunion in sorts of that Vinnie and Phil [Anselmo, PANTERA singer] and Rex [Brown, PANTERA bassist] are all buds and hanging out and everything's good… in the 'reunion' regard. But, I mean, obviously, Dime… there's only one guy that can do [what he does], and that's Dime."

He continued: "To me, I'd look at it as it's a PANTERA 'celebration,' is what it is, and all the mountains they conquered and all the greatness they achieved. And it would be me, if I'm playing guitar, honoring Dime's greatness, 'cause I love him. To me, that's what it is.

"To me, the way I look at it is, if Mitch Mitchell and Noel Redding asked Eric Clapton if he would play and sing Jimi's stuff, and Eric and Jimi were buddies, so, of course, Eric would do it. You know what I mean? 'Cause what you're doing is celebrating Jimi's life and Jimi's greatness. To me, it's a PANTERA celebration and Saint Dime celebration of his awesomeness. I mean, that's the way I always look at it. I mean, I do it every night when I'm… When I was touring with the Boss [Ozzy Osbourne], we celebrate Saint Rhoads every night. You know what I mean? We celebrate Randy's greatness and what he created. So that's the way I look at it."

Vinnie passed away Friday (June 22) in Las Vegas, where he owned a home. No other details of his death were immediately available. He was only 54 years old.

GOD BLESS VINNIE PAUL - 1964-2O18 - FATHER VINNIE,Your Compassion for Others & Your Love of seeing everyone around you...