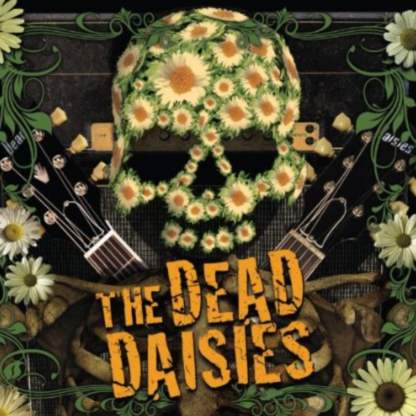 Throwback rockers THE DEAD DAISIES have become a hot topic largely because of Slash gracing "Lock 'n Load" on their self-titled debut album. Of course, former INXS and NOISEWORKS singer Jon Stevens is another notable, while a revamp to the band's touring lineup has brought over Dizzy Reed and Richard Fortus from GUNS N' ROSES along with Marco Mendoza (THIN LIZZY and WHITESNAKE),plus NINE INCH NAILS drummer Alex Carapetis.

The nucleus of THE DEAD DAISIES comprises of Stevens and guitarist David Lowy (THE ANGELS, MINK and RED PHOENIX). Reportedly, they'd come up with the foundations of the twelve songs for their inaugural album within the span of few hours. In the company of producer and engineer John Fields, "The Dead Daisies" was laid down in a couple of weeks. Finding themselves swept onto AEROSMITH's Australian run this year and subsequently showcased on the 2013 Rockstar Uproar Festival, the whirling success of THE DEAD DAISIES could prove to be an immediate fruitful venture. Or it could turn out to be a flash-in-the-pan.

With all the hype surrounding them, THE DEAD DAISIES don't play like the next minute matters. What's best said about their work is their concocted weave of seventies-to-eighties blues and hard rock is entertaining and occasionally explorative. While "The Dead Daisies" doesn't quite roll with start-to-finish energy, Stevens and Lowy do have undeniable passion.

It helps that Jon Stevens is an expert in mixing finesse with knuckle-down in his chops. Even when the album taps along with squishy and smooth hummers like "Tomorrow" and "Yesterday", Stevens lends a subtle fang overtop, keeping a dirty verve that's accented by David Lowy's bluesy lags. All throughout the album, Stevens sings like he's got John Lee Hooker at his back, and when the album may not be firing on all thrusters, you can count on him to soar.

Focused primarily on a BAD COMPANY and ALLMAN BROTHERS stack of country blues and bar rock grooves, THE DEAD DAISIES clicks best on the sweaty "Yeah Yeah Yeah" and the punchy drag of "I Can't Fight This Feeling". They come out swinging with the uppity "It's Gonna Take Time" and cut back to the same jumpy pace on "Miles In Front of Me", "Bible Row" and "Talk to Me". Along the way, they borrow from THE ROLLING STONES' late sixties psychedelics and calypso splashes on "Washington". Plus they somehow manage to turn ROD STEWART's "Forever Young" (straight down to the twinkling mandolin) into something unfathomably meatier with "Writing On the Wall".

As for the highlight cut, "Lock 'n Load", the omnipresence of Slash elevates the song's swampy, double-backed feel. You know when he's there, particularly on the wailing top layers and the juicy solo section. Without Slash, however, the number wouldn't be quite as exciting; it would come off as the majority of "The Dead Daisies" does, played for kicks, not quite shooting to thrill.

Therein lies any inherent criticism of this album. For what it is, "The Dead Daisies" is a good knockabout album to pull down a round of suds, even if you subtly find yourself wanting to pull down the first four BAD COMPANY records halfway into this jaunt. Jon Stevens and David Lowy know what they're doing, but they'll need to let their amped-up touring squad stoke their fires beyond their homey little foundry if there's to be a return visit to this project.