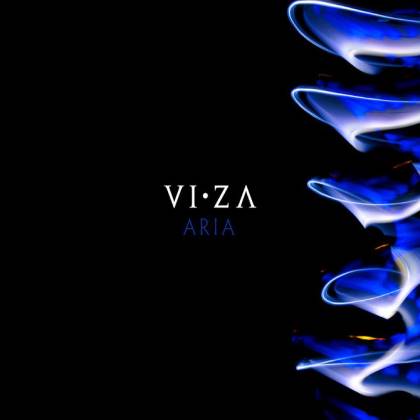 Once known as VISA (assumedly changed by objection from a certain credit card carrier),the L.A. based VIZA have made a powerful ally in the form of Serj Tankian. Their crafty blending of Greek and Armenian roots into wavering rock and punk modes often rings of SYSTEM OF A DOWN, which has likely helped endear them to Serj. There are comic subtleties whirling through many of VIZA's catchy and sometimes boisterous ditties along with the lofting percussion, strings, accordions and synths that accent the audacious and often nutty nature of their newest album, "Aria".

It's no wonder why Serj Tankian favors these guys, given the SYSTEM OF A DOWN-inspired ethnic punk flavors of "Midnight Hour (Dingle Rock)", "Viktor's Vanguard" and the bar brawling bash of "Forward March", which even the FLOGGING MOLLY troupe might give a nod of respect to. The latter song is hilariously hefted by a brazen jig tempo and a barked invitation to scrum. "Quicksand" teeters to the edge for half the ride with breezy harmonies on the verses and slightly heavier strumming on the choruses before VIZA stamps down the remaining sections.

Earthy percussion and Middle Eastern sways counter the otherwise trampling groove of "Vanished", a bizarre lampoon of degradation and torment that finds vocalist K'noup Tomopoulos chanting sarcastically, "the best is yet to come." Afterwards, VIZA storms the proverbial castle with blast-skid progressions and equable-growled vocal interchanges on "Viktor's Vanguard", all of it ringing far too close to SYSTEM OF A DOWN. Yet the careening congas and killer guitar slides from Orbel Babayan and Shant Bismejian help make it one of "Aria"'s coolest songs.

The mock ballad "The Girl That Doesn't Exist" is a gut-buster and VIZA's playful nature carries into the flamenco-grounded "C'est la Vie". Enjoy the multicultural clash there and on the calypso grooves found on the verses of the successive song, "Alley in Tijuana". Here VIZA also mashes metalled-up choruses and later, a cabaret-splashed breakdown with K'noup Tomopoulos taunting his trashy alley muse by chuffing, "the way you're acting, you don't need a man, you need a daddy".

At times, K'noup Tomopoulos carries shades Peter Murphy (i.e. "Never Feel", "Vanished", "The Girl That Doesn't Exist" and "Quicksand"),but he's nearly as cagy as Serj Tankian himself in fluctuating his moods and palettes. As ever, VIZA remains unpredictable and "Aria" is another dynamic record guaranteed to crack a few smiles while tantalizing in some spots, going berserk in others. The madcap closing number "Brunette" sends the record home on a goofy note, as VIZA collectively queries their listeners "How do we manage to stay so young?" Ask 'em now, if you dare.