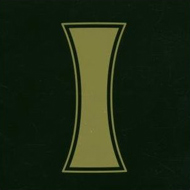 How appropriate that this debut album from Abbath's I is called "Between Two Worlds". It is in a fact a fusing of the mammoth black metal anthems of the mighty IMMORTAL and a pronounced rock 'n' groove component that borrows from the likes of MOTÖRHEAD. However, "I" does not mimic the blackened rock 'n' roll of a CHROME DIVISION. Rather, that raw and magical IMMORTAL sound is maintained, but a slight modernization and hat-tip to the old school hard rock giants makes it a fresh sounding effort without becoming something that would alienate fans of the mighty Norwegian trio.

"Between Two Worlds" is brimming with gripping riffs, blazing solos and memorable songs. There is a certain magic in the sound on this album that makes one always have a thought in the back of the mind that the spirit of IMMORTAL lives on. Indeed, one cannot listen to the album and hear ABBATH croak out the single-world chorus of a song like "Battalions" without the spinal tingling sensation felt from recalling past glories. Incidentally, "Battalions" moves convincingly from a ripping fast tempo to a deliciously mid-tempo crunch. Referring back to I's respectful borrowing from the great old ones, album-opener "The Storm I Ride" races out of the gates reminding one immediately of classic MOTÖRHEAD, though Abbath's admission that the opening riff was taken directly from KISS's "Ladies in Waiting" is not surprising either. By the same token, the man's insistence that BATHORY has influenced the work is heard in bits and pieces at various points as well, as the air of epic majesty heard on "Far Beyond the Quiet" demonstrates.

There is so much to enjoy on "Between Two Worlds" and boy does it rock! Disc closer "Cursed We Are" is a proudly rocking finish to a fine album, while "Warriors", and the title track smack of the proud battle marches heard from latter-day IMMORTAL. Those distinctive riffs (the kind with a little air under the wings) on "Mountains" sound phenomenal as well. Melodic leads, blazing solos, well-constructed riffs, driving rhythms, and an almost mystical aura makes "Between Two Worlds" an album that is sure to get mention on many year-end lists. Together with ENSLAVED guitarist Arv "Ice Dale" Isdale, ex-GORGORTH bassist Tom Visnes, ex-IMMORTAL drummer Armagedda, and lyricist Demonaz (lyricist),Abbath has lit a fire under the asses of the pretenders. Do yourself a huge favor and pick this one up soon.