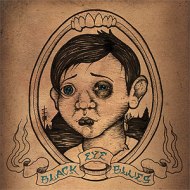 Anguished vocals, dirt-caked tales of abuse and bleak woe, and savage bursts of metallic punk gobbed up with grimy sludge — what's not to like about LEWD ACTS? This is a rollicking, diseased, bilious rant of a record, a back-alley fistfight between EYEHATEGOD and THE MISFITS, all full of trailer-park ennui and post-CONVERGE hardcore scrape 'n grind.

While the record starts out with short, fast and brutal slaps to the face, LEWD ACTS can get slow and bombastic, too, as on ponderous epics like "Nowhere to Go" and "Penmanship Sailed" — five-minute slabs that come off like a sour and liverish take on post-rock NEUROSIS abuse. It's a nice counterpoint to the more frenzied squalls (see "Know Where to Go" and the beautifully-titled "Young Lovers, Old Livers"),and it makes for an even more lurching, disturbing ride than the listener might've expected at the beginning. And whether it's the self-referencing song titles, the overall brevity of the record, or the clarity of the band's grimacing vision, but the whole of "Black Eye Blues" comes off like one nihilistic movement, a mini-concept album with no heroes, no happy endings and misery to spare.

Too downtrodden and sludgy to be hardcore, too bone-scrapingly raw and yowling to be punk, and too enamored of its own dour miasma to be metal, LEWD ACTS takes the textbook definitions of all three genres and smears 'em up into a hobo stew that'll kill your buzz and dredge up the worst of your repressed memories. "Black Eye Blues" is a sick and feral little pup of a record, but it strikes a nerve as raw as a toothache, and for those who can identify with its dank, clanging blues, it'll be an all-time fave.