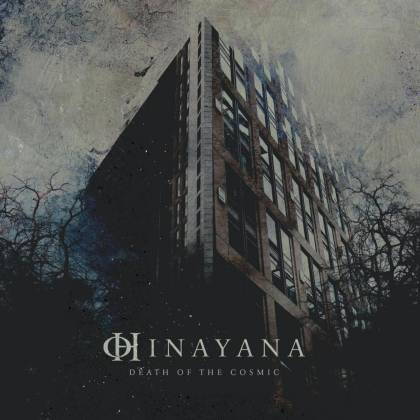 Death Of The Cosmic

There has never been a better time to be thoroughly despondent, so we might as well embrace a few new bands along the way. Fans of morose but elegantly melodic death/doom may already be familiar with HINAYANA after their quietly stunning 2018 debut album, "Order Divine". Although rooted in the familiar, the American band's take on slow-motion despair contained plenty of its own quirks and textural details, and so it makes perfect sense that a larger label like Napalm Records should snap them up. Despite being a five-track EP, rather than the full-blown sequel that acolytes would probably prefer at this point, "Death Of The Cosmic" is a very confident and convincing step forward that reeks of colossal potential.

The opening title track shimmers in with twinkling keys and a thudding mid-paced gait, driven on by vocalist Casey Hurd's whispered pleas and barbarous roars: this is vaguely familiar territory, ripe for fans of SWALLOW THE SUN and AMORPHIS, but HINAYANA have the makings of a sturdy, singular identity here. More importantly, these songs are all stunning; deftly laced with proggy touches and plenty of alt-rock oomph, "Cold Conception" is particularly dazzling, not least due to a guest appearance from TENGGER CAVALRY's Nature Ganganbaigal whipping the mournful Americans into a state of spiritual ecstasy.

Evocative and mildly soporific, mid-point instrumental "Yet Here I Wait Forever" hints at musical ideas that deserve to be explored further on future records, but it's "In Sacred Delusion" that most vigorously takes one's breath away. A slow-burning funeral march, thickly layered with gothic keys but deceptively groovy too, it's simply a great song with an abundance of weather-beaten soul. Similarly, grand finale "Pitch Black Noise" re-imagines thunderous, melodic doom as a more refined and direct idea; rock 'n' roll dynamics informing even the most grandiose twists and turns.

There is more than enough here to make fans of the terminally morose get excited about HINAYANA's next move. This is a classy, big label debut; full of promise, massive melodies and all the misery a 2020 survivor could hope for.