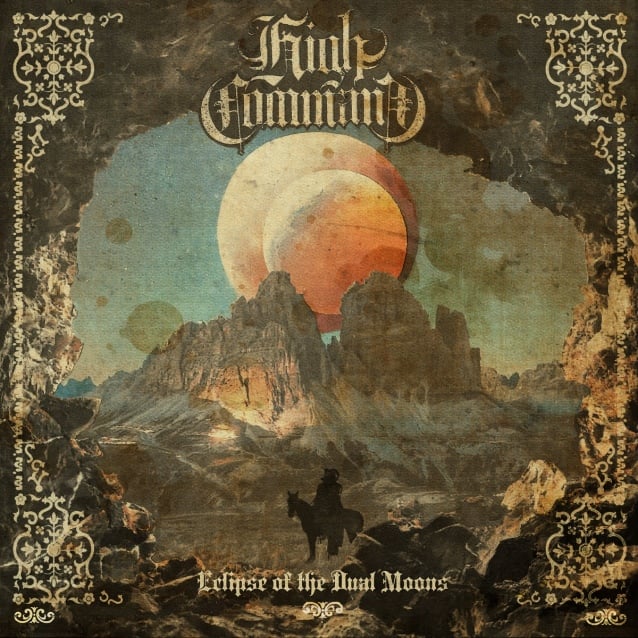 Eclipse Of The Dual Moons

Snapped up by SOUTHERN LORD before less scrupulous folk could get a look-in, HIGH COMMAND appeared fully formed on their 2019 debut "Beyond The Wall of Desolation". Forged in the fires of filthy thrash but equally fueled by hardcore punk's in-built hostility, it created epic grandeur from the simplest and most spiteful of ingredients. The two-track "Everlasting Torment" EP cemented the band's reputation in 2020, and now "Eclipse Of The Dual Moons" arrives to pulverize anything that has the temerity to dawdle in its path.

HIGH COMMAND are not here to waste anyone's time. The title track starts like a bomb going off, with its feral creators hammering away at full pelt from note one. Constructed from big, ugly thrash riffs that nod to METALLICA and SLAYER through a thick, black fog of gnarliness, it hits harder and cuts deeper than anything the Massachusetts quintet have previously unleashed. That combination of enhanced violence and refined songwriting ensure that the band's second album outstrips the first by some distance. "Immortal Savagery" twists old-school riffing into jarring new shapes, as vocalist Kevin Fitzgerald spits black fury into the night sky. Recent single "Siege Warfare" is a full-throttle thrash rampage with showers of divebomb squeals and "War Ensemble" stabs. Both possess plenty of that hard-to-define quality that compels large crowds of people to start rabid, heaving circle pits.

In amongst all the speed and violence, HIGH COMMAND have an extravagant creative streak too. On the mid-paced ebb and flow of "Imposing Hammers Of Cold Sorcery", they harness the sinister power of slower tempos and use it to crush more skulls with less physical effort. One of two grand epics on "Eclipse…", it is also disgustingly heavy. An even more adventurous creation, the closing "Spires Of Secartha", stalks and storms across 12 macabre minutes, veering from screeching extremity and dual-lead, hard rock skull-bashing to a disarming, conclusive flurry of mournful chamber music.

We should always be thankful to the thrash gods that the genre continues to thrive, but it's bands like HIGH COMMAND that are doing most of the hard work. At this point, "Eclipse Of The Dual Moons" is their crowning achievement and a bloody gauntlet hurled down to what remains of the competition.